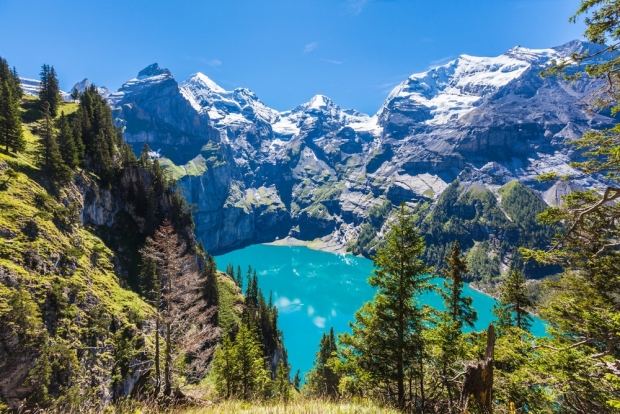 Works as a single unit

A team of Swiss boffins have worked out how to improve liquid cooling systems by designing them as a single unit.

One of the problems of liquid cooling solutions is that they're limited by having to get the heat out of the chip and into the water.

Some researchers thought it would be a wizard wheeze to run the liquid through the chip itself. Now, some researchers from Switzerland have designed the chip and cooling system as a single unit, with on-chip liquid channels placed next to the hottest parts of the chip. The results are an impressive boost in heat-limited performance.

Extremely thin slits are cut through the GaN and into the underlying silicon. Then, an etching process that only affects silicon is used to widen these into channels, with the original gaps through the GaN layer sealed off with copper, which enhances the heat conduction into the water. Beneath these channels is a set of alternating passages that act as feeds and sinks. Cold water comes in via a feed, circulates up through the channel where it picks up heat, and then is drawn out through a neighbouring sink.

The researchers arrange things so that the hottest parts of the GaN portion of the device are placed near one of the channels, allowing efficient heat extraction.

The boffins tested the amount of energy required to force water through the system, which also put another constraint on the geometry. The best design they found can handle heat fluxes up to 1,700 watts per square centimetre while limiting the temperature rise of the chip to 60°C.

The team used a thick double-sided adhesive layer and cut channels into that with a laser; the chip was then stuck down onto this adhesive. Water was pumped into the adhesive, from which it would flow into the chip. All of this was packaged onto a standard electronic board, with both leads for connecting it to power sources and valves that were used to feed the system water.

The research has been published in the journal Nature.

Last modified on 10 September 2020
Rate this item
(0 votes)
Tagged under
More in this category: « Be Quiet! has new watercoolers ARM sold to Nvidia for $40 billion »
back to top