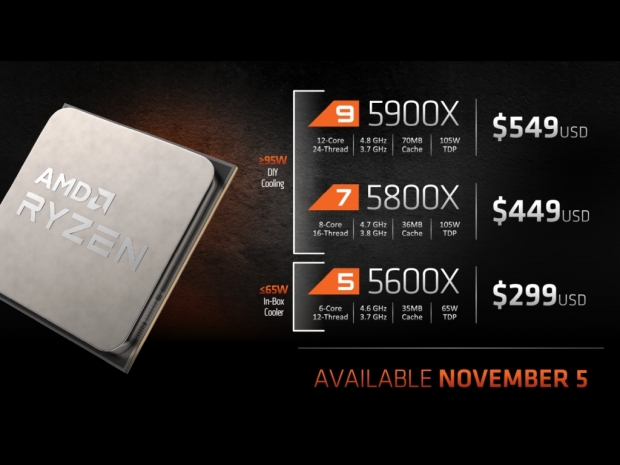 In addition to announcing the first four Ryzen 5000 series SKUs that will hit the market on November 5th, AMD also revealed some benchmark results for the Ryzen 9 5900X and the flagship Ryzen 9 5950X. 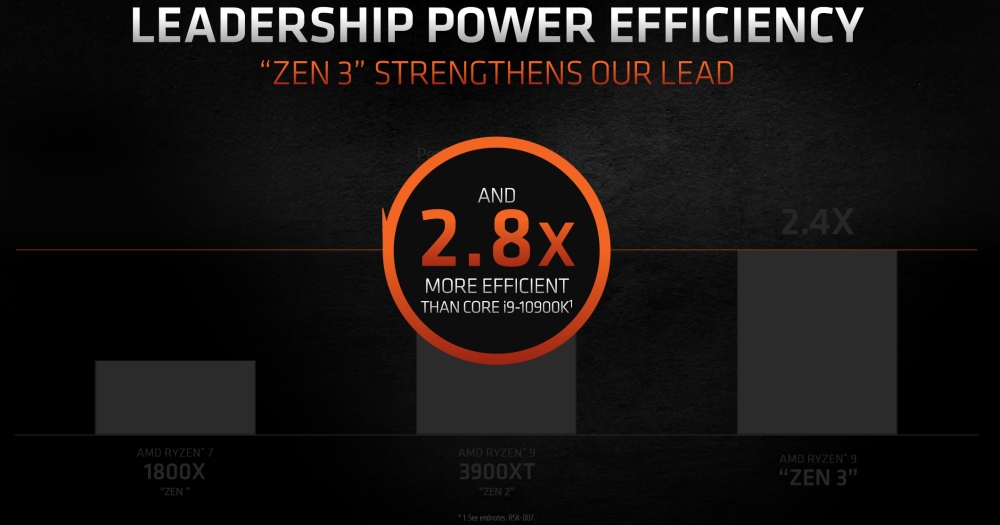 Improvements brought higher performance across all applications and games

The Zen 3 improvements and higher IPC brought significant improvements in all applications and games, at least according to AMD's own slides.

In various games at 1080p resolution and high image quality preset, the new Ryzen 5 5900X is anywhere from five to 50 percent faster than the Ryzen 9 3900XT. 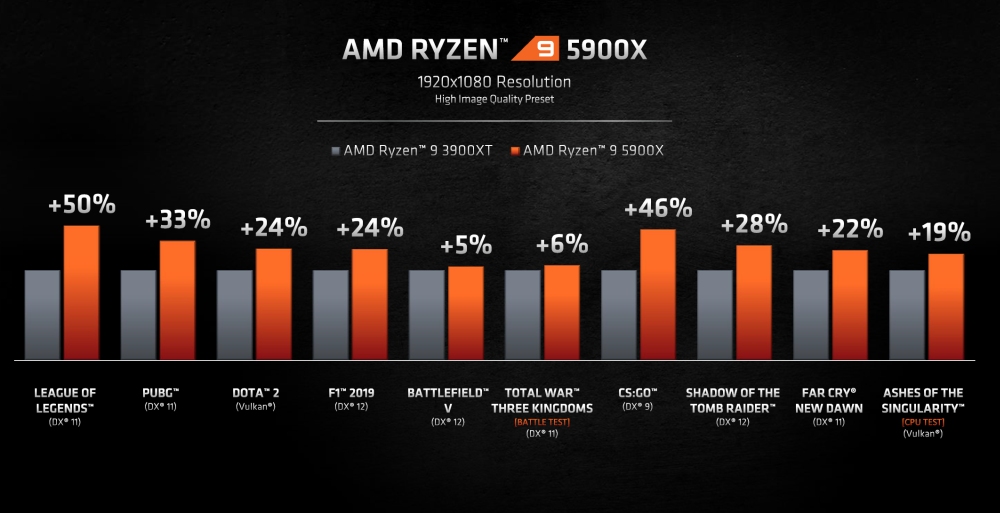 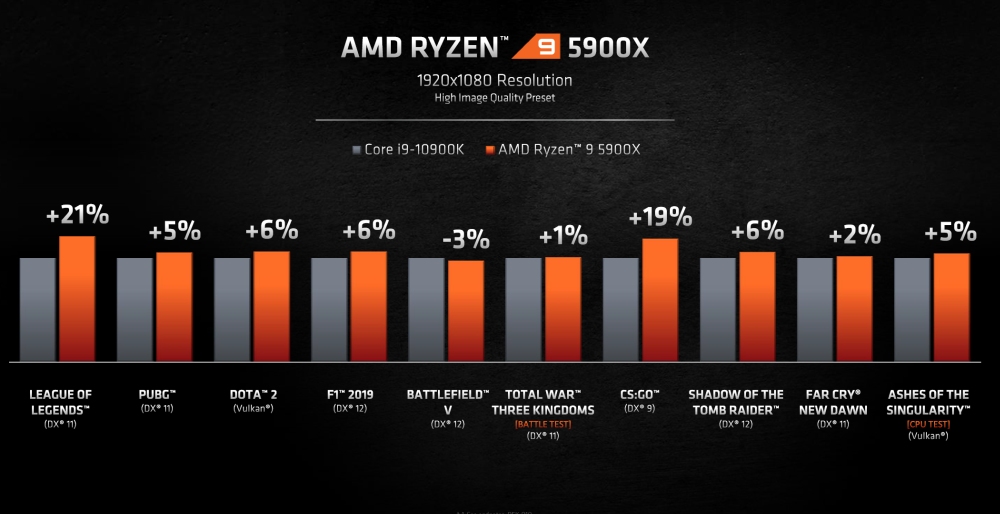 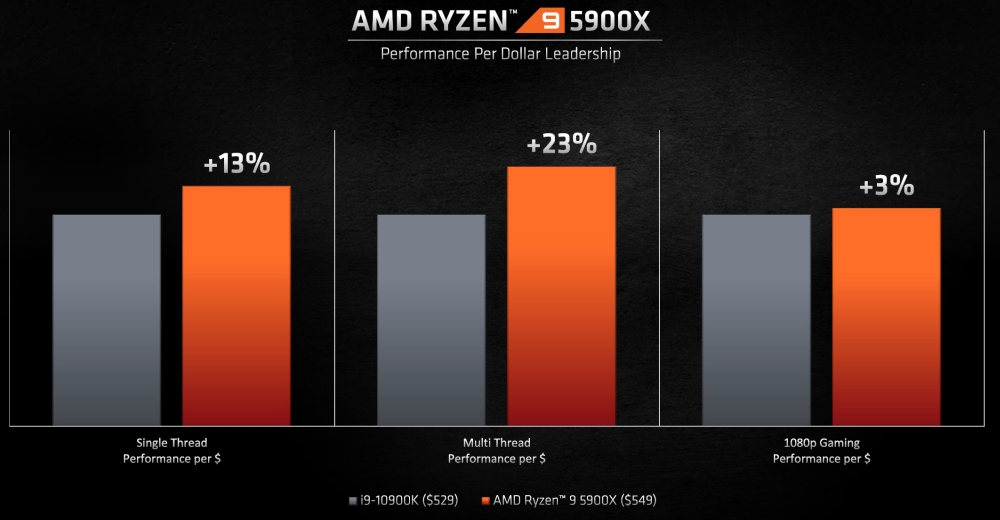 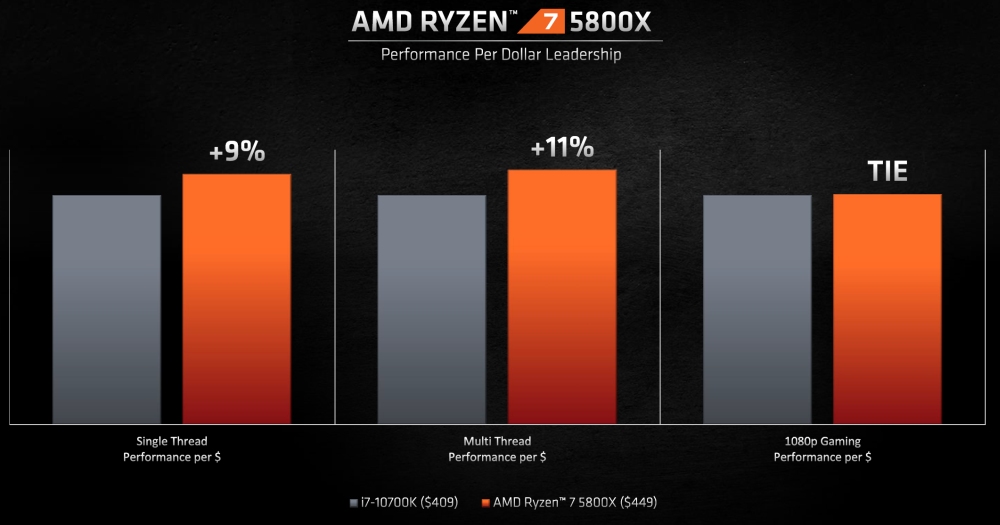 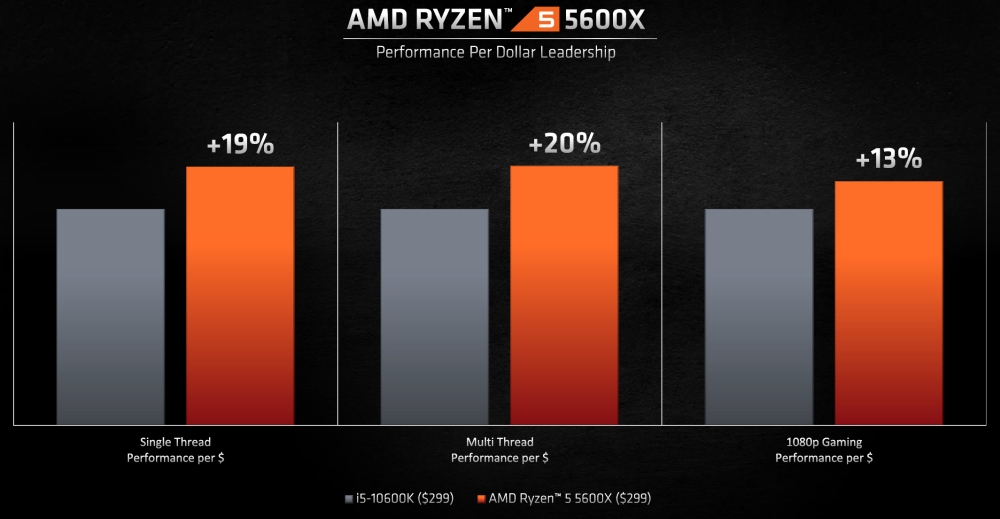 The Ryzen 9 5950X sits on the single-threaded throne

As reported earlier, Ryzen 9 5950X is the new Cinebench R20 single-thread performance king, with a score of 631 points, and it is actually the first desktop CPU to break the 600 point mark.

When compared to the previously available Zen 2-based Ryzen 9 3950X CPU, the new Ryzen 9 5950X flagship CPU offers decent performance uplift in both content, from five to 27 percent, and gaming performance, from 13 to 29 percent, in AMD picked applications and games. 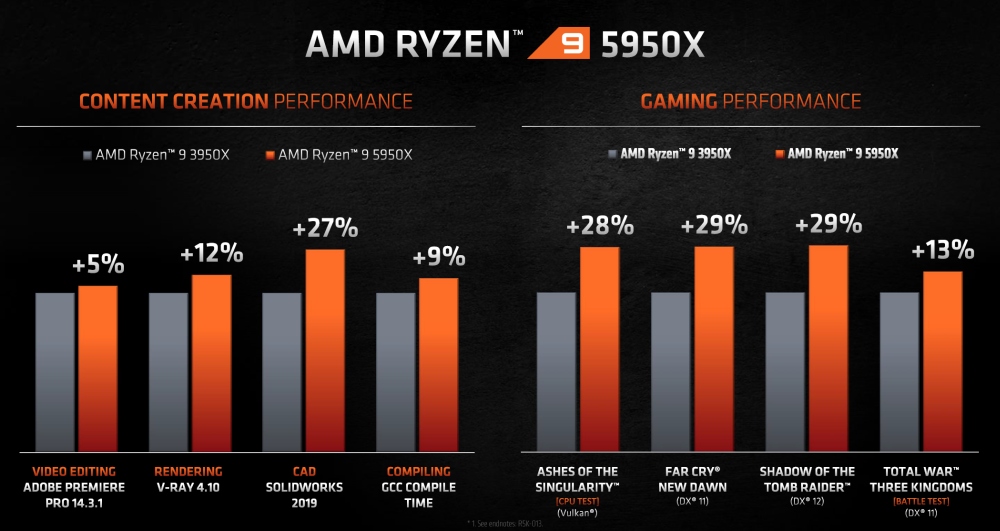 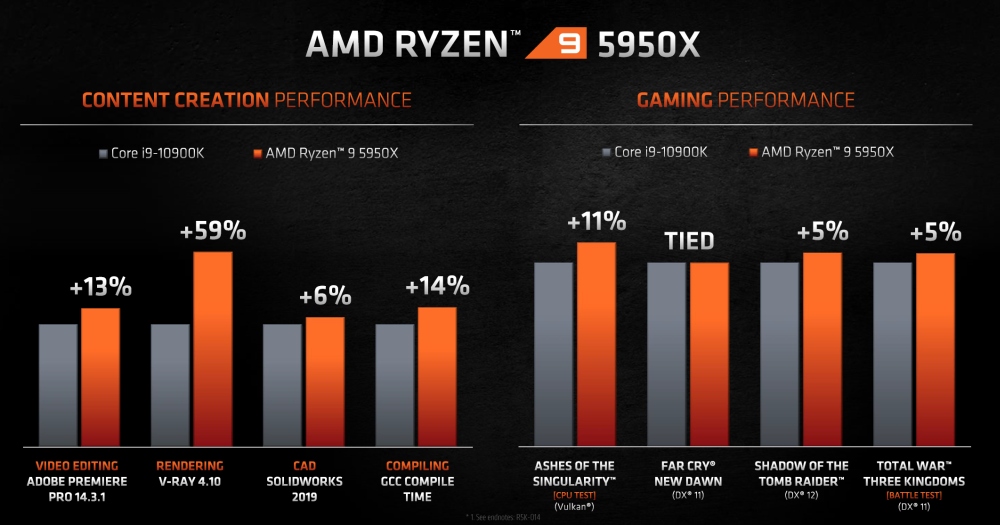 AMD is certainly pushing hard to the market with its new Ryzen 5000 series desktop CPUs and offers more cores, better TDP at 105W, and higher performance across the board, but such high prices were a bit of a surprise.

Last modified on 09 October 2020
Rate this item
(3 votes)
Tagged under
More in this category: « AMD goes for it with Ryzen 5000 series desktop CPUs Apple’s T2 security chip has an unfixable bug »
back to top