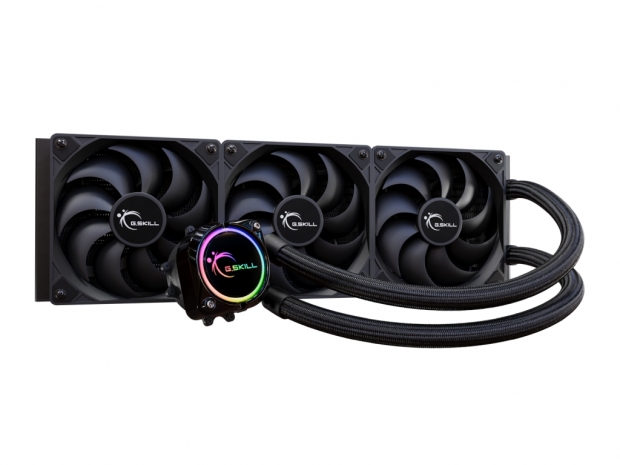 The G.SKILL ENKI series AiO liquid cooler does not appear to be based on Asetek's design, but rather a custom solution that uses a "custom-tuned convex cold plate design" that should minimize the travel distance of heat from the CPU to the solid copper cold-plate. The cold plate itself uses stair-shaped high-density micro-fins, in order to optimally guide the coolant flow.

In addition, the G.SKILL ENKI series AiO liquid cooler features a high-density piping radiator in combination with high flow-rate 8mm coolant tubes with thicker rubber walls for low coolant evaporation and nylon-braided sleeves for durability. According to G.SKILL and when compared to other AiO cooler solutions on the market, the ENKI series AiO cooler radiator has 3-4 more radiator pipes in 360mm and 240mm versions, and 6 more radiator pipes in the 280mm version.

The radiator is cooled by high-performance 9-blade hydro-bearing PWM cooling fans. As noted, it will be available in 240mm, 280mm, and 360mm versions and it also comes with a 3-pin ARGB motherboard connector.

The ENKI series AiO liquid CPU cooler is backed by a 5-year limited warranty and should be available on retail/e-tail shelves early next year. 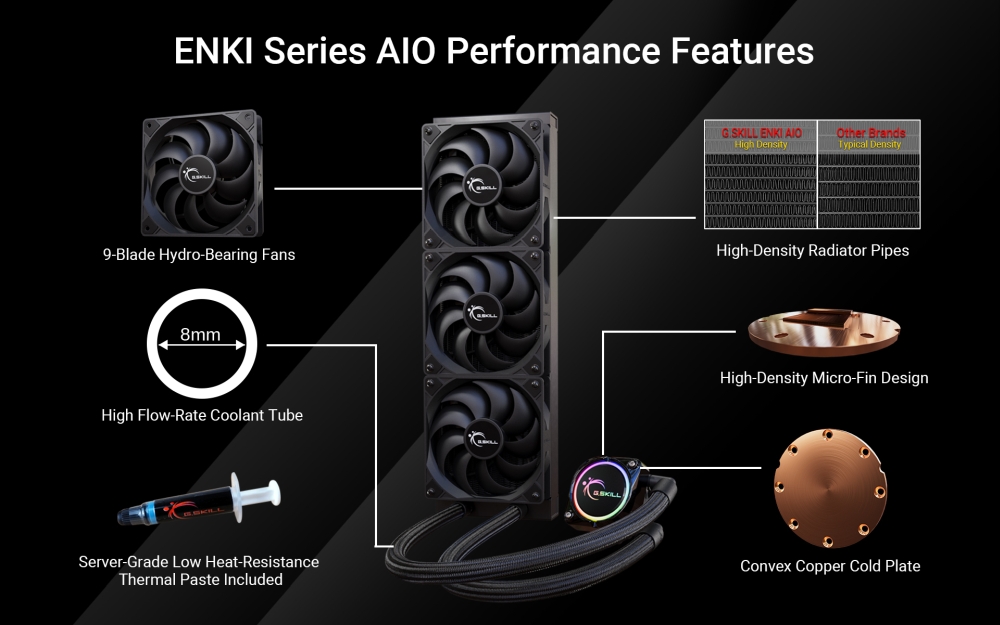 Last modified on 18 December 2020
Rate this item
(2 votes)
Tagged under
More in this category: « Intel Rocket Lake to reach 5.3GHz Google snaps up recycling outfit »
back to top