Sabrent Rocket Plus 4TB PCIe 4.0 SSD to be available soon 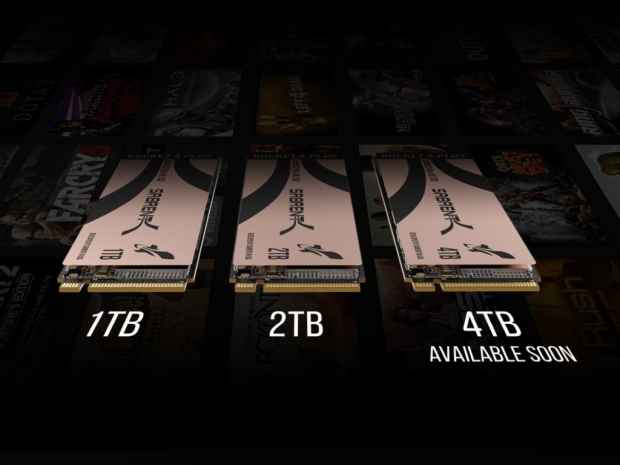 The fastest SSD coming in a 4TB version soon

While Sabrent's Rocket 4 Plus has been selling for quite some time, it was limited to 1TB and 2TB capacities, but, according to Sabrent, the 4TB version is coming soon as well.

The Sabrent Rocket 4 Plus 4TB version has been already announced by Sabrent, but the company has not disclosed any details on actual sequential read and write performance. The 1TB and 2TB versions of the Sabrent Rocket 4 Plus are one of the fastest, if not the fastest, SSDs on the market, with maximum sequential read and write performance peaking at 7,100 MB/s and 6,600 MB/s (7,000MB/s and 5,300 MB/s for the 1TB version).

In case you missed it earlier, Sabrent has managed to make a big impact in the SSD market in a rather short time, becoming one of the most popular SSDs for enthusiasts and its Rocket 4 Plus SSDs are based on Phison's E18 controller with WD's BiCS4 3D NAND.

Sabrent is not all about Rocket 4 Plus as the company has some other rather interesting SSDs and external SSDs, as well as plenty of other products, mostly accessories, like chargers, cables, card readers, and more.

What surprised us the most is the exceptional packaging that Sabrent uses on its SSDs, as the cardboard box itself is nothing to write about, each SSD is packed in a tin box, which not only provides protection, but it is also a nice touch. We are not sure if all SSDs from Sabrent are packed like that, but we can confirm that Rocket 4 Plus and Rocket Q share the same packaging, but in a different color.

We are looking forward to what Sabrent has in store for this year, and we are glad that it has finally brought some competition to the SSD market, which already has driven the prices down and will probably continue to do so.