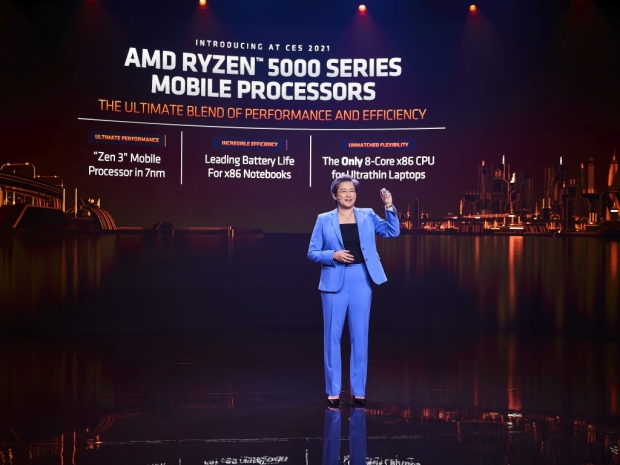 AMD has kicked off its CES 2021 keynote with CEO and President, Dr. Lisa Su, taking the stage and talking about what AMD has done during the last year. More importantly, AMD has teased some of its upcoming launches, as well as officially launched the new Ryzen 5000 series mobile processors, based on Zen 3 CPU architecture but still retaining Vega-based GPU CUs, just like the Ryzen 4000 series mobile CPUs.

AMD has launched a lot of SKUs in the new Ryzen 5000 series mobile processor lineup - a total of 13 - spread into H- and U-series SKUs, but we'll get to that a bit later.

The new AMD Ryzen 5000 series mobile processors are based on AMD's new Zen 3 CPU architecture, at least most of them, peaking at 8-core/16-thread configuration for the flagship Ryzen 9 5980HX and Ryzen 9 5980HS SKUs. For Zen 3-based parts, you get a single Zen 3 core cluster that shares 16MB of L3 cache, which should help in reducing latency and thus improving gaming performance.

On the other hand, the graphics architecture still remained the same as on the Ryzen 4000 series, and you'll get 8 Vega Compute Units and it won't get all the improvements from the RDNA2 architecture.

The platform itself still features eight PCIe 3.0 lanes, LPDDR4X-4266/DDR4-3200 support, and similar connectivity options, at least as far as we can tell so far. 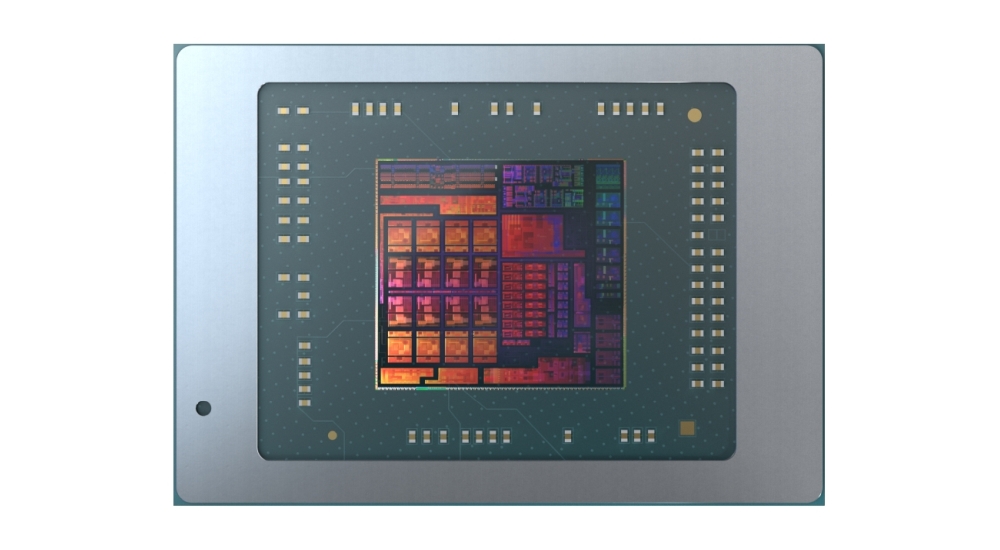 There is a total of eight different SKUs in the H-series, ranging from 6-core/12-thread to 8-core/16-thread options, with 35W, 45W and 45W+ TDP. It is worth to note that the entire Ryzen 5000 mobile CPU H-series is based on Zen 3 CPU architecture.

While many of the H-series are the same, as in feature similar core/thread and base/boost clocks, AMD is spreading these into three categories, standard H-series, HS-, and HX-series. The HS-series, aimed at portable-gaming designs, will feature somewhat lower base frequency (compared to the HX-series SKUs) and lower 35W TDP, as you can see from the table below.

The HX-series is a bit of a novelty, as these will feature a 45W+ TDP, meaning that OEM partners and laptop makers will be able to set a higher TDP target and raise frequencies. The HX-series will be unlocked for OC, on select OEM systems, have a higher TDP, and will essentially show up in high-end gaming laptops.

The U-series for thin-and-light makes a mess 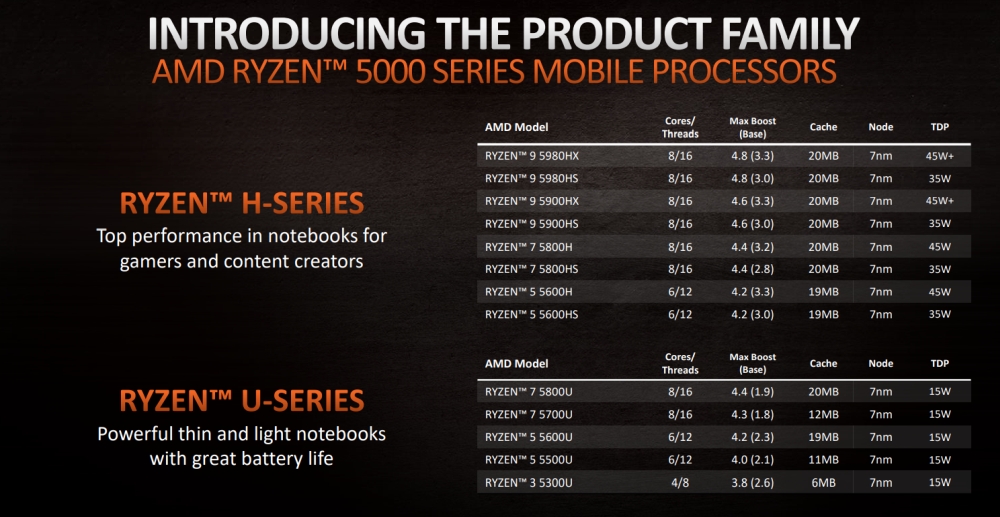 All Ryzen 5000 mobile U-series SKUs are set at 15W TDP, and, according to AMD, the flagship Ryzen 7 5800U is the most efficient mobile CPU to date, with 21.4 hours battery life for video playback (on a 53Whr battery).

AMD says there are over 150 design wins which is significantly more than what we have seen on the Ryzen 4000 Mobile and the first laptops should start to appear in February. 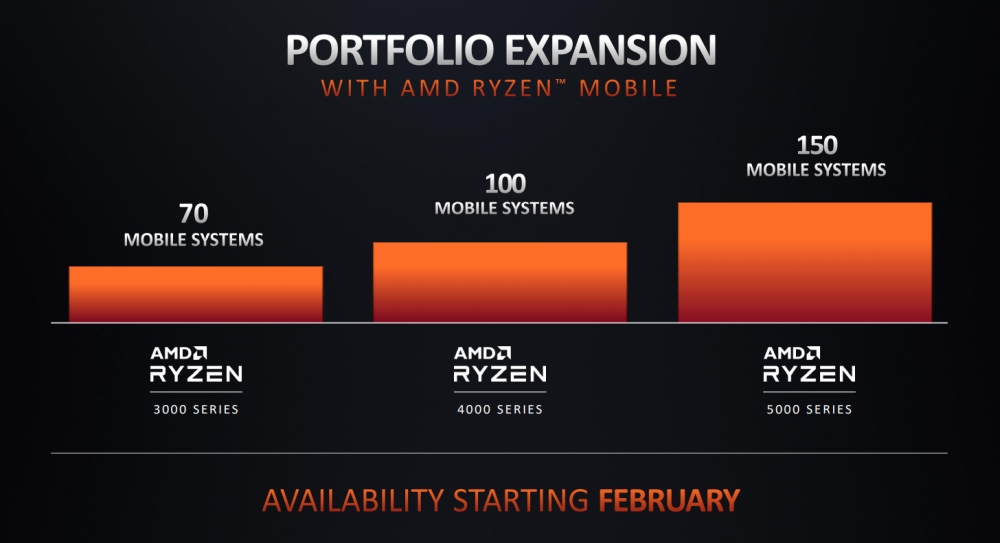