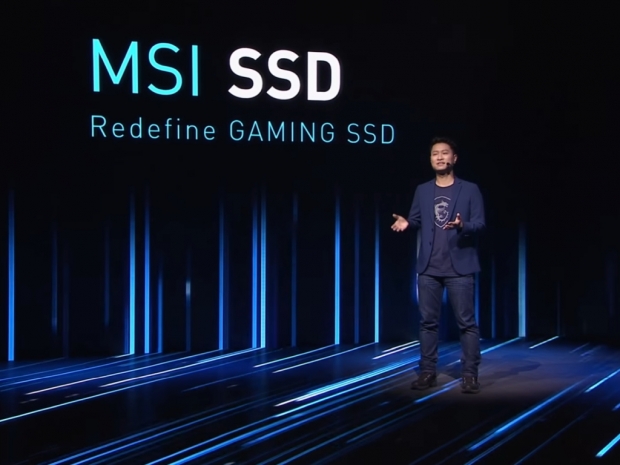 At its special MSI Premiere 2021 - Tech For The Future event at CES 2021, MSI produced a rather pleasant surprise, unveiling its first PCIe 4.0 NVMe SSD.

While most of the event was focused on motherboards, graphics cards, and other hardware, which are the bread and butter of MSI's lineup, one big surprise was the MSI SSD, a gaming oriented PCIe 4.0 SSD with TLC NAND.

Unfortunately, MSI did not reveal a lot of information, other than we are looking at 10-layer PCB, TLC NAND, and a rather hefty heatsink sitting on top of it. The controller is still a mystery, but apparently, the SSD will be available in capacities of up to 4TB.

MSI also claims sequential read and write speeds of up to 7,000MB/s and 6,900MB/s, respectively. 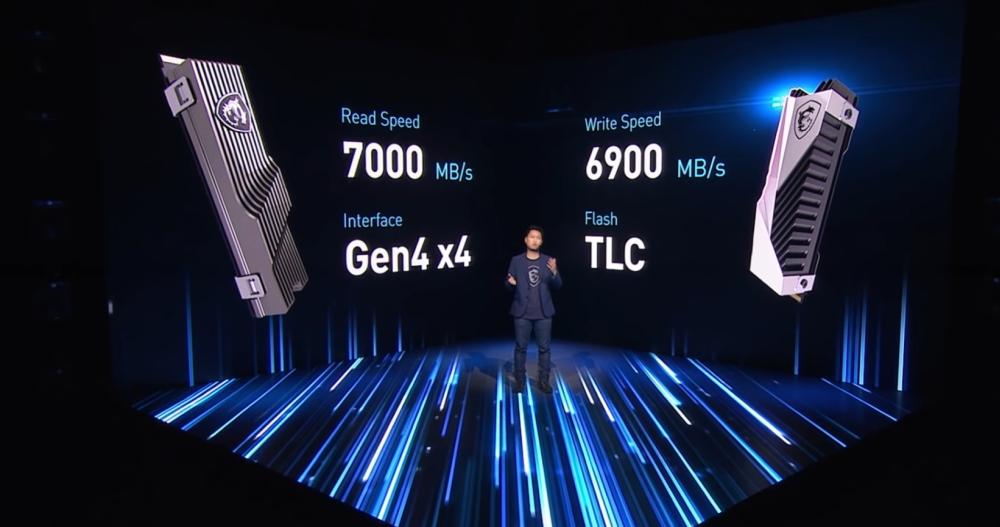 We are quite sure that MSI will reveal more details soon and while it might not be the fastest one around, MSI could play the design card, matching it with some of its motherboard designs.

Last modified on 15 January 2021
Rate this item
(2 votes)
Tagged under
More in this category: « BeagleV board announced Intel announces new NUC 11 mini PCs »
back to top