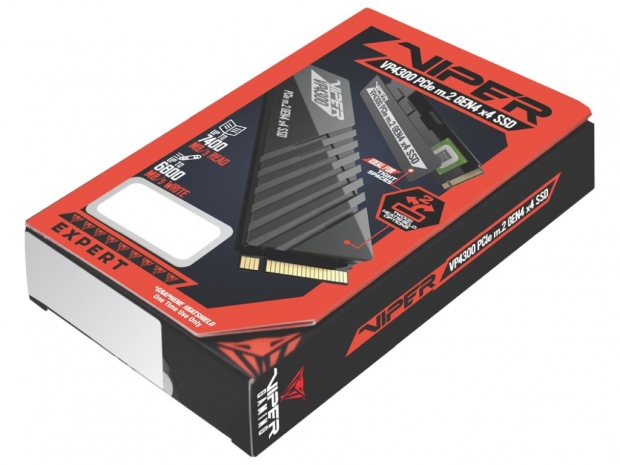 Patriot Memory has released its latest M.2 NVMe SSD as a part of its Viper Gaming lineup, the Viper VP4300, promising high sequential read and write performance, hitting up to 7,400MB/s and 6,800MB/s, respectively.

Patriot also bundles the Viper VP4300 with two cooling options, as a bare drive in case you are constrained with space or have your own heatsink (like in notebooks or some motherboards), as well as with a thicker aluminum heatsink with a graphene-based thermal pad.