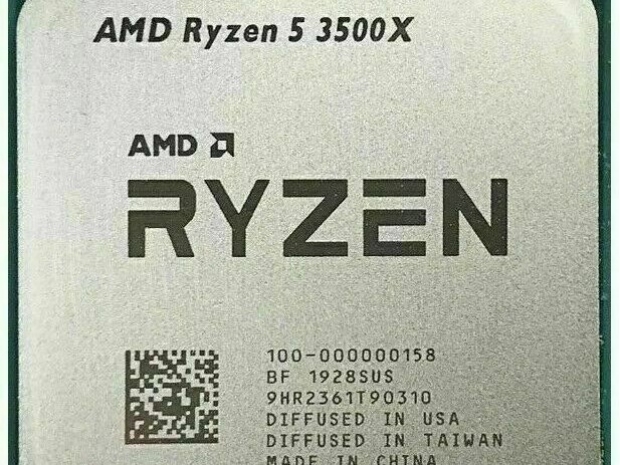 At a stupid price

AMD's Ryzen 5 3500X, which has been only on sale in China is being flogged at a ridiculous price as a retail chip in several online American stores.

Amazons price of $219.99 makes a more competitive processor from Intel's mid-range Comet Lake and Rocket Lake lineup look good. In fact  Some of the best mid-range CPUs like Intel's Core i5-10600K are going for the same price.  Hell, you can pick up Intel's Core i5-11400 and 11400F which you can find for $180.  We never thought we would see the day where AMD could be beaten by Chipzilla on price over spec.

But really the only way to justify that price is if you jack the chip under the bonnet of a cheap B450 motherboard. Intel's equivalent B460 motherboards are just $10 to $20 more expensive than a similarly specced B450 board so you are not really saving much.

It looks like AMD might have performed an own goal here as most of the reviews for the Ryzen 5 3500X were good.  It is likely that the chip shortage has just pushed up the price.