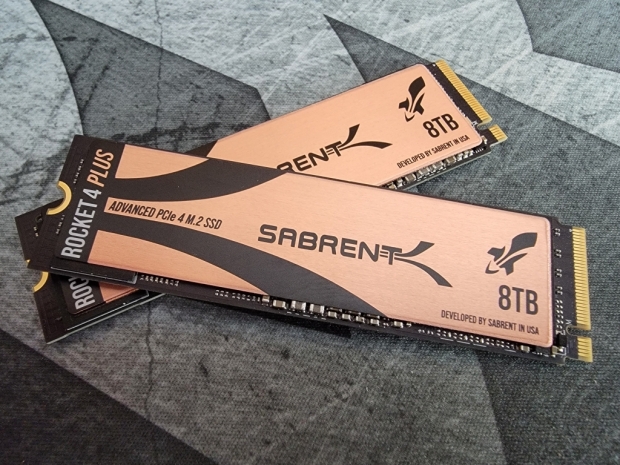 Sabrent has started teasing the 8TB version of its fastest Rocket 4 Plus M.2 NVMe SSD, which should be coming to retail/e-tail soon.

So far, Sabrent has been pushing the limits of SSDs and its Rocket 4 Plus series SSDs are one of the fastest on the market.

Now, Sabrent is also pushing the capacity limits and is teasing the 8TB version of the Rocket 4 Plus series, which should be coming to the market soon.

Unfortunately, Sabrent did not reveal any specifications or the price for the 8TB version, but we suspect it should be similar to the 4TB version, with maximum sequential read and write performance peaking at 7,100 MB/s and 6,600 MB/s.

Currently, the 4TB version of the Sabrent Rocket 4 Plus is selling over at Amazon.com for $999.99.

Last modified on 01 September 2021
Rate this item
(1 Vote)
Tagged under
More in this category: « It seems all the best hard drive makers are cheating Asus moves to OLED »
back to top