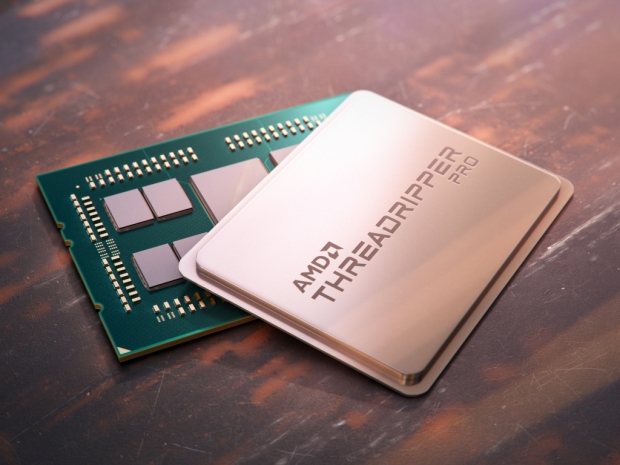 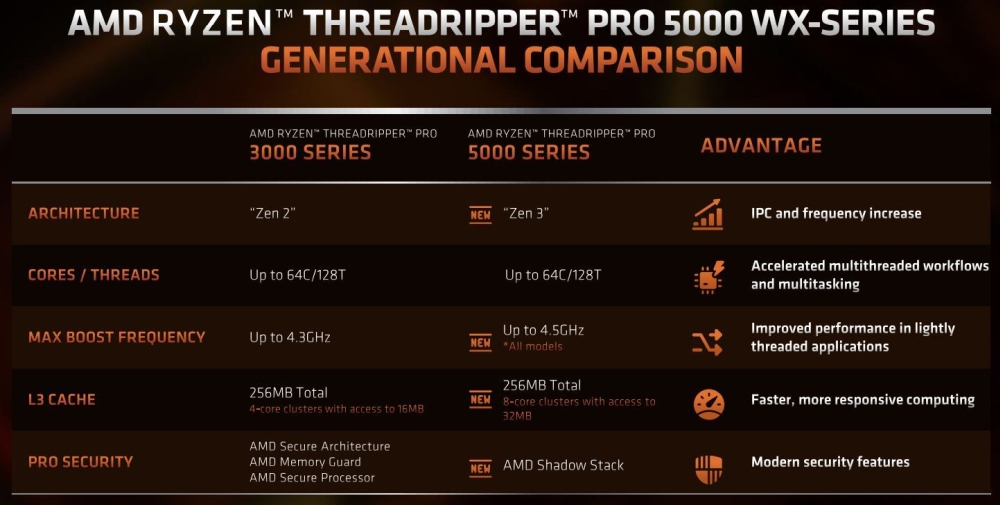 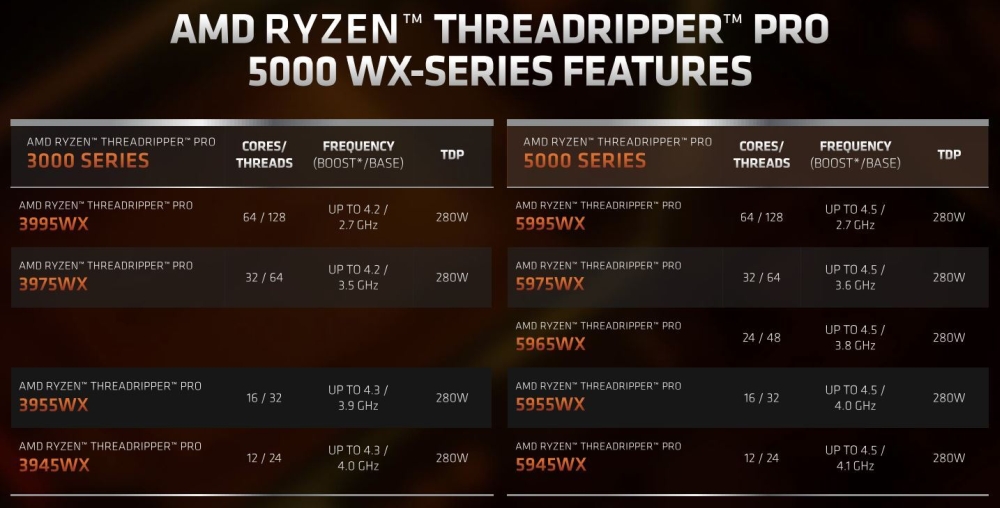 AMD is pretty much updating its old Ryzen Threadripper 3000 WX-series chips, offering much higher performance at the same power rating.

As expected, AMD compared the performance with Intel's Xeon equivalents, promising up to 67 percent lower power per core with up to 39 percent faster rendering across the board, adding up to the promised 2x better performance-to-power ratio.

While AMD did not talk a lot about the availability, it appears that the Ryzen Threadripper Pro 5000 WX-series chips are currently limited to OEMs only, most specifically Lenovo, as AMD's key launch partner. It is not clear if the 5000 WX-series will follow the fate of the 3000 WX-series, which launched to retail around three months after the OEM launch, but for now, these will be available at Lenovo from March 21st.

Rate this item
(2 votes)
Tagged under
More in this category: « Ryzen has a stuttering problem Apple fuses two M1 Max chips for M1 Ultra »
back to top