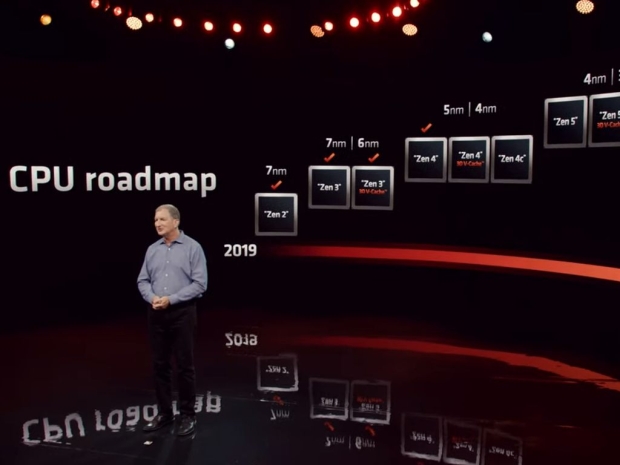 AMD's CTO and EVP, Mark Papermaster, took to the stage to give a bit more details on Zen 4 architecture, as well as show a full CPU roadmap, confirming that AMD is on track to deliver Zen 5 by the end of 2024. 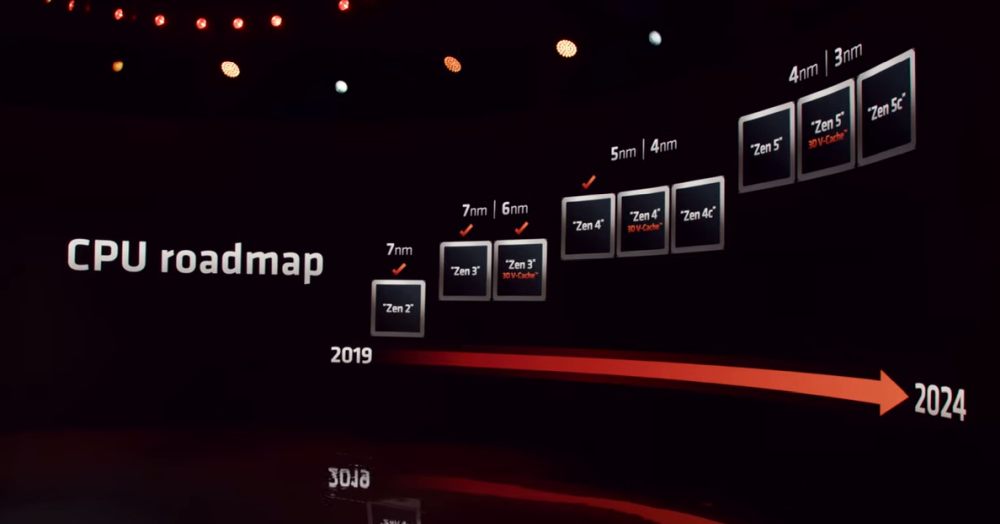 Rate this item
(4 votes)
Tagged under
More in this category: « AMD announces Zen 4-based Ryzen 7000 series Dell XPS 13 Plus blighted by adhesive issues »
back to top