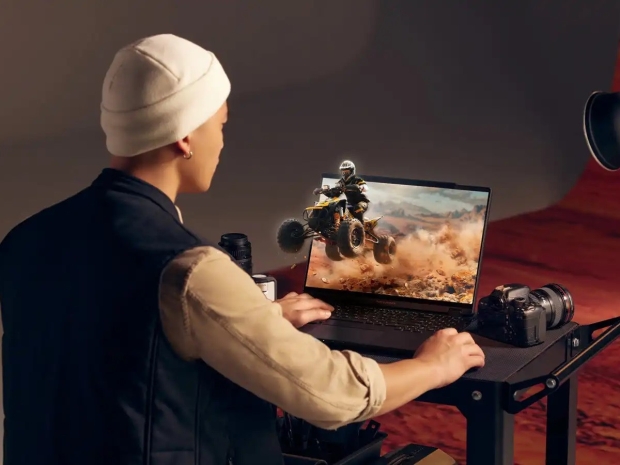 Asus has revealed the first-ever 3D laptops with OLED displays at CES.

What makes them interesting is the 3D aspect which uses eye-tracking technology to make the content feel like it’s coming from the screen towards you.

The effect works best on content that’s been specifically produced for 3D, with demo models created by Asus particularly impressive.

Unfortunately, since almost all existing video content is designed for the 2D screen, when it is switched to 3D, it looks artificial and can detract from the content.

Asus wants producers and directors to return to making movies and TV shows designed for 3D over the next few years and hopes these laptops will serve double duty as the tools creators will use to produce that 3D work.

Asus hasn’t mentioned specific CPUs and GPUs, but the top-spec Core i9-13950HX and RTX 4090 are likely options. They come with up to 64GB of fast DDR5 RAM and 8TB of SSD storage.

The ProArt device is pitched as a mobile workstation for creators, while the Vivobook focuses on both creation and entertainment. Alongside a slightly different design, you’ll find some extra hardware features in the Studio book.

The most significant is a haptic touchpad, which also supports note-taking directly thanks to its stylus support. With no convertible functionality on either device (the hinge stops at 180°), this is an easier way to quickly jot something down for later.

The physical Asus Dial from other ProArt devices also makes an appearance here, allowing you to control key system settings and options within creative apps from the likes of Adobe.

Asus says the new devices will arrive in the UK in the third quarter. No mention of a price