The Vortex II cooler has two moveable fans which can be moved away from the fins, they’re quiet even during intensive gaming, and the card is factory overclocked from reference 800MHz to 850MHz which gives extra performance punch on the card.

The only downside to this dual slot cooler is that the card with two raised fans (Vortex position) will take up three slots. However, Vortex position results in only minimal cooling improvements over the default fans position (two slots) so the GPU will cooled just fine either way. The temperatures were around 78°C during gaming tasks, whereas idle mode resulted in temperatures around 37°C.

The results show about 6% performance increase compared to reference HD 6950, but you can always overclock it further because this PowerColor card has a Vortex II cooler that lets you do it.

The downside is that this card is priced at about €240, here, which is more than €40 higher than the reference version. Of course, that sort of cash can get you a reference HD 6970. On the other hand, this is an overclocked card with a specially designed silent cooler that will definitely be bragging material. Furthermore, we effectively managed to turn it into a HD 6970 with Vortex II cooling by unlocking all 1536 shaders. 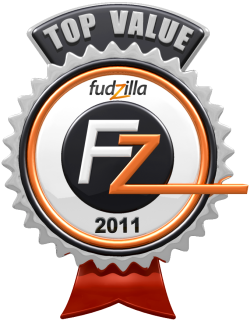