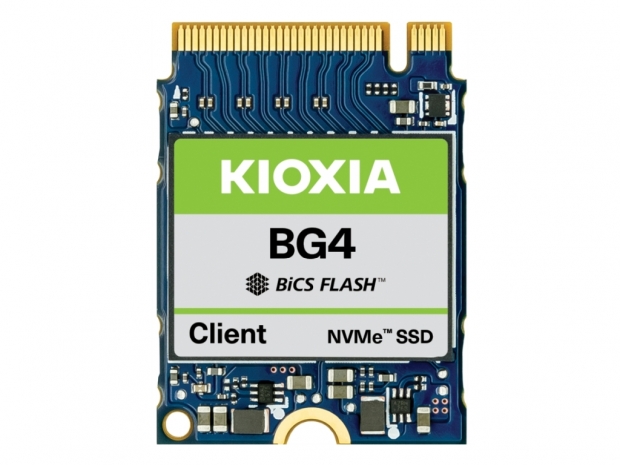 Microsoft’s Surface Pro X arrived last year and brought to the market the latest ARM-based CPU that works with Windows 10. It promises an all-day battery life, WIFI, and, more importantly, high-speed LTE connectivity with the Nano-SIM or eSIM card onboard.

In our original review, we found that Surface Pro X is one capable detachable notebook, but we didn’t like Microsoft’s Apple-inspired storage pricing. We took the matter into our hands and managed to get 1TB M2 2230 SSD from Kioxia. The 2230 M2 standard in space-constrained and limited to 3cm (1.18 inch), and it is the smallest of M2 standard drives. The fact that you can pack 1TB on it doesn’t cease to amaze us. Kioxia is a new company started in October 2019 that inherits Toshiba memory legacy. KIoxia is now the company that competes in flash memory and solid state drives (SSDs) market.

In our case, the Kioxia OEM BG4 1TB didn’t have a price tag since it was an OEM device, but 512GB options available in e-tail sell for around 100ish Euro or 120ish USD. You can imagine that double the storage could cost close to double that. 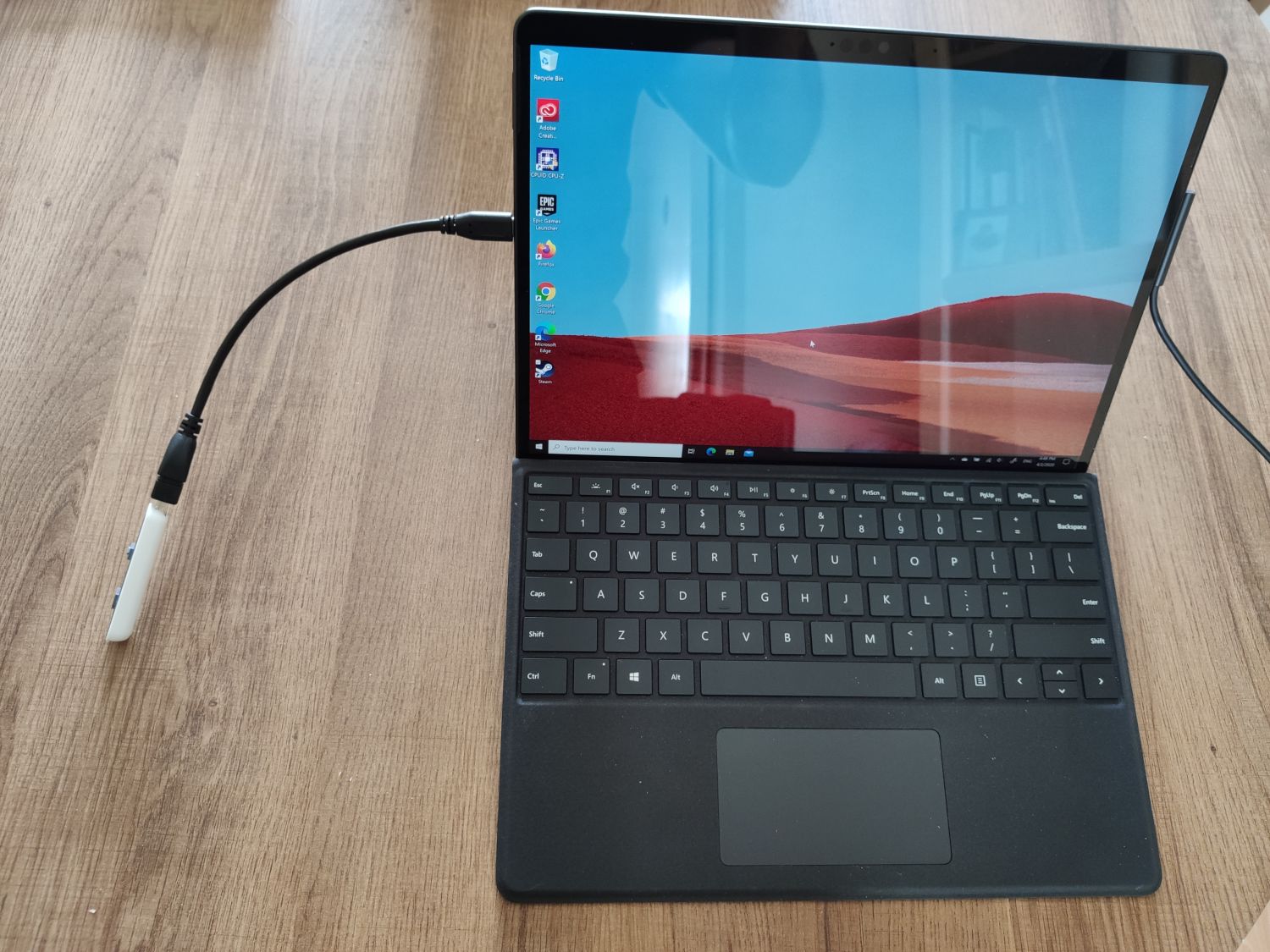 At the backside of the detachable machine hide doors concealing the nano-SIM and is the slot for M.2 2230 SSD.

For the first time, Microsoft has opened the door to a comfortable and accessible way to replace the SSD with minimal fuss. Although Microsoft recommends that the hard drive is “not user-removable” and should be replaced by a trained Microsoft technician.

Our device came with 128 GB SSD, and we decided to replace it with the Kioxia BG4 1TB SSD drive.

We were hoping that we would not only get an ample storage option but also improve the performance.

Replacing the SSD on Surface Pro X is not a difficult task. All you need is a SIM ejector tool (or paperclip) and a Torx T4 screwdriver. First, you’ll need to latch the kickstand and locate the place at the right bottom. Unlatch the door, which is magnetically attached to the SIM ejector. Now the SIM and SSD tray is exposed, and you can continue with the upgrade. Then you need to unscrew the small Torx screw with a T4 tool. 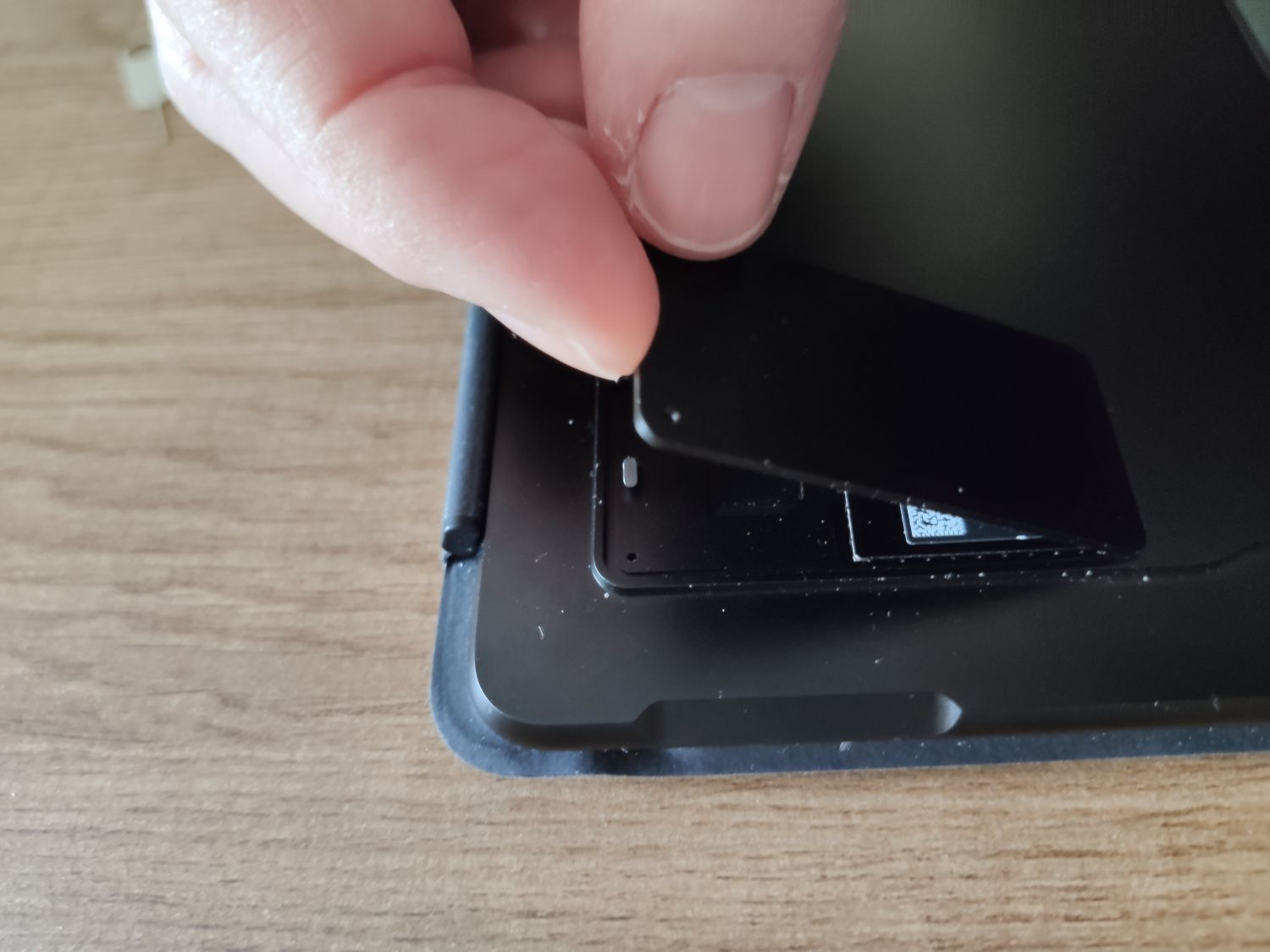 The SSD is easily detached by a light pull towards you. At this point, you would want to clone your SSD or prepare the Windows 10 bootable installation USB drive. If you are following the latter option, then you’ll either need a USB type-C drive or an adapter from type-C to Type A USB. 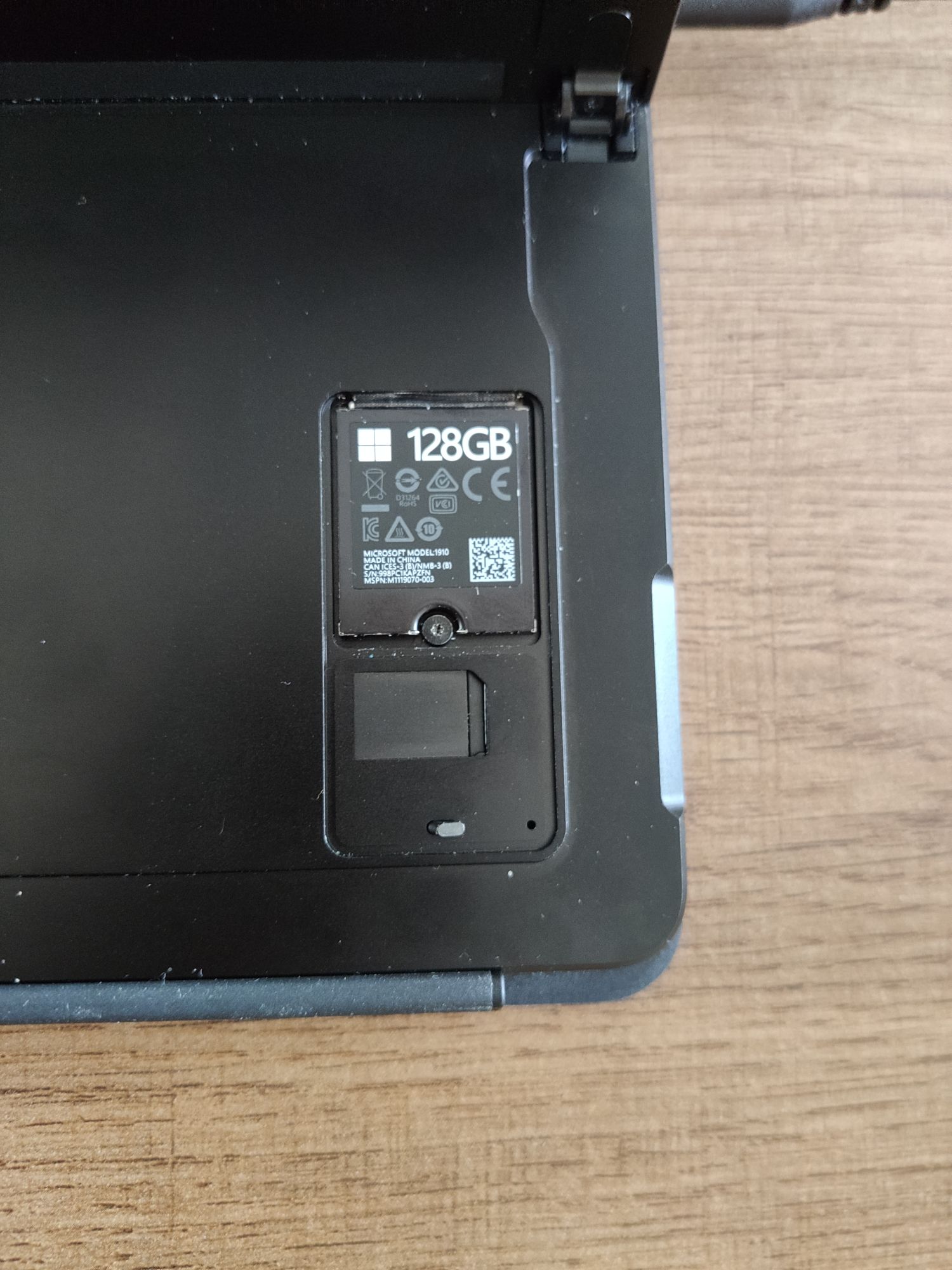 The next step is to slide in your new SSD and tighten the screw to secure it. The finishing touch is to put the cover over the nano-SIM and SSD, and you're ready to go. 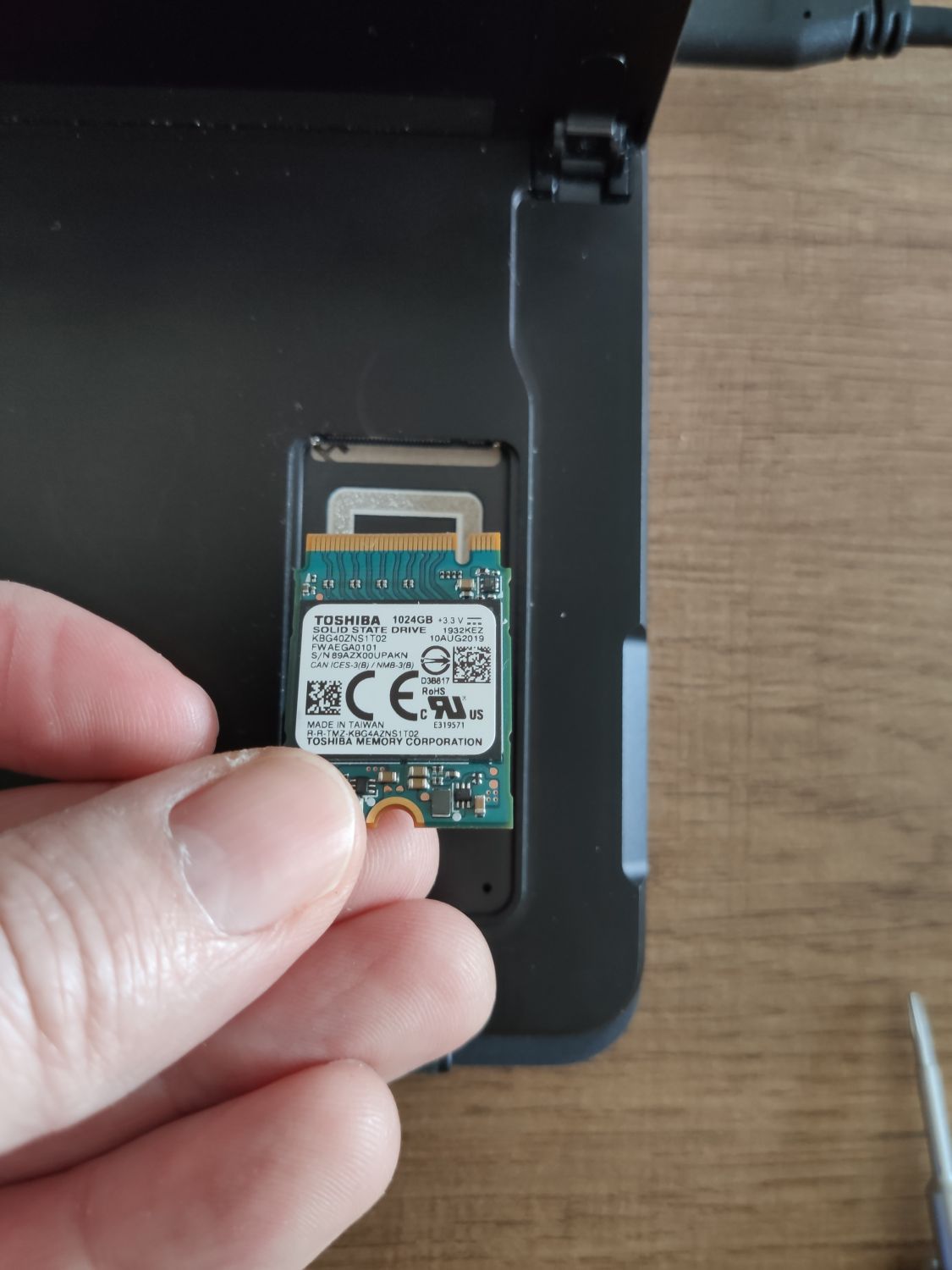 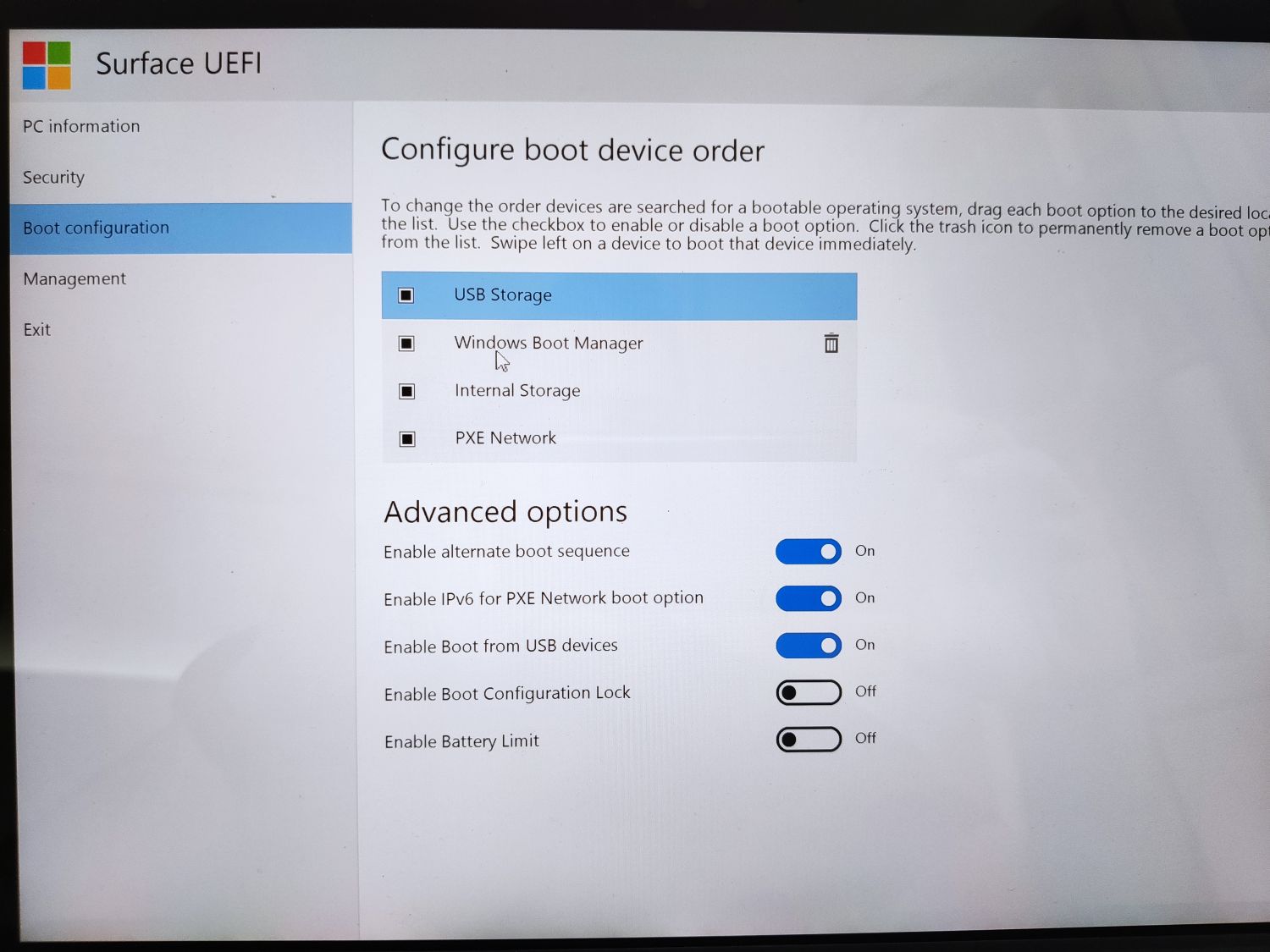 After we installed and configured Windows, it was time to check the performance against the OEM 128 SSD drive. 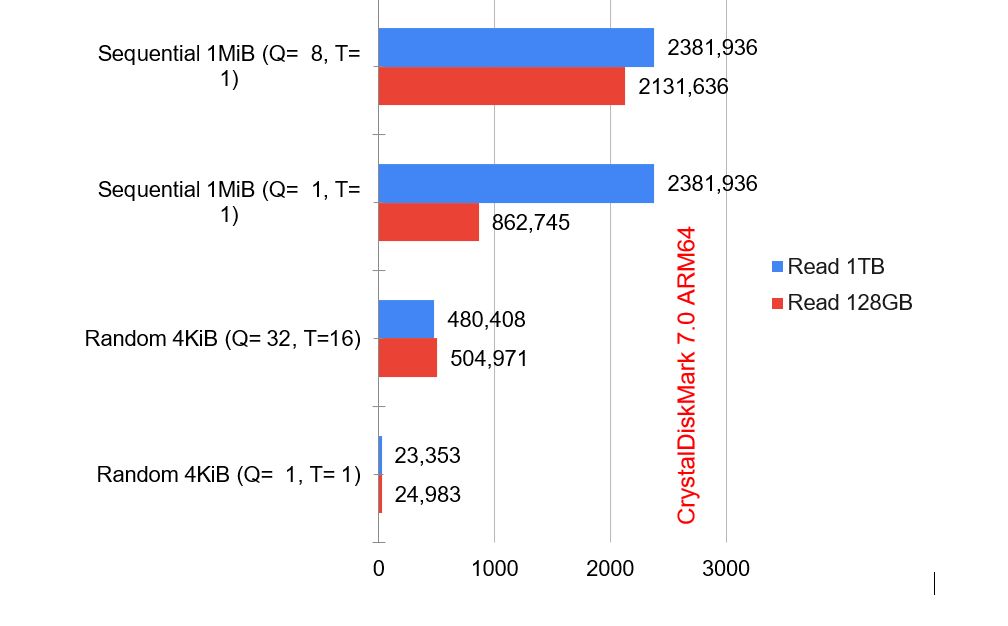 CrystalDiskMark 7.0 Read speeds clearly benefit the new bigger drive, and there is a dramatic difference in Sequential 1MiB Q=1 T=1 as it scores close to three times faster. The story looks a bit better in  Sequential 1MiB Q=8 T=1 where the 1TB Kioxia drive is slightly faster, and the cores are rather close in Random tests with a slight advantage to the 128GB drive. 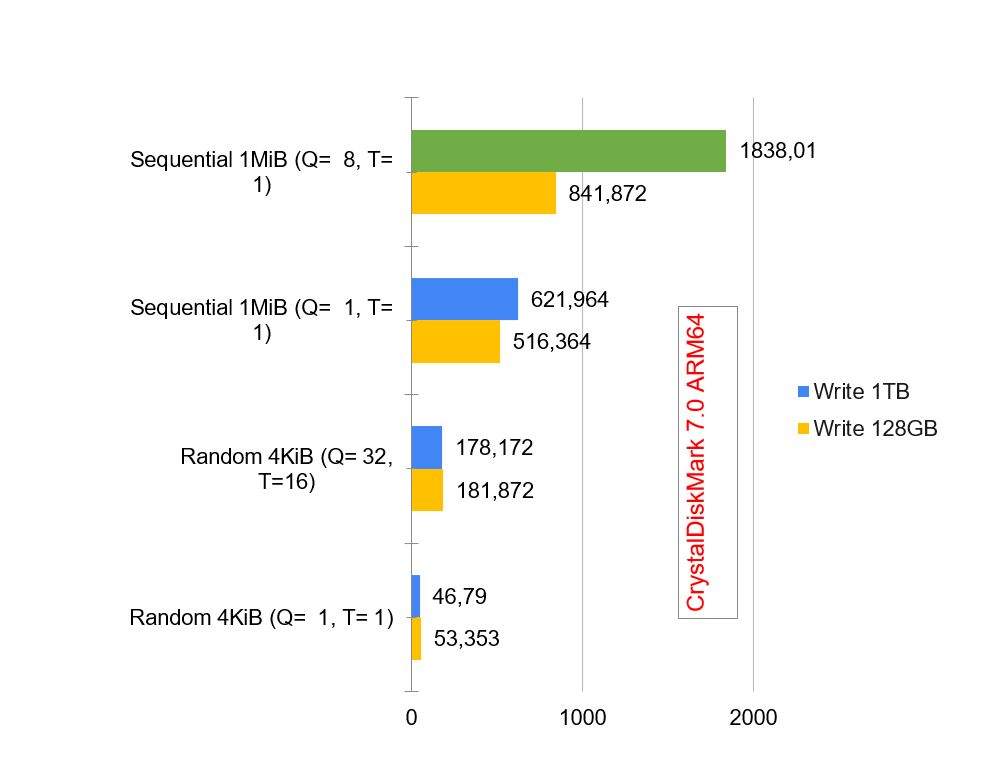 The CrystalDiskMark 7.0 write part of the test clearly likes the 1TB Kioxia BG4 drive. The drive scores more than double the write speed of the OEM 128GB drive. Having a jump from 841MB to 1838 MB/s is quite a jump. Even in Sequential 1MiB Q=8 T=1 the new drive is 18 percent faster while the random 4KiB performance is very similar. 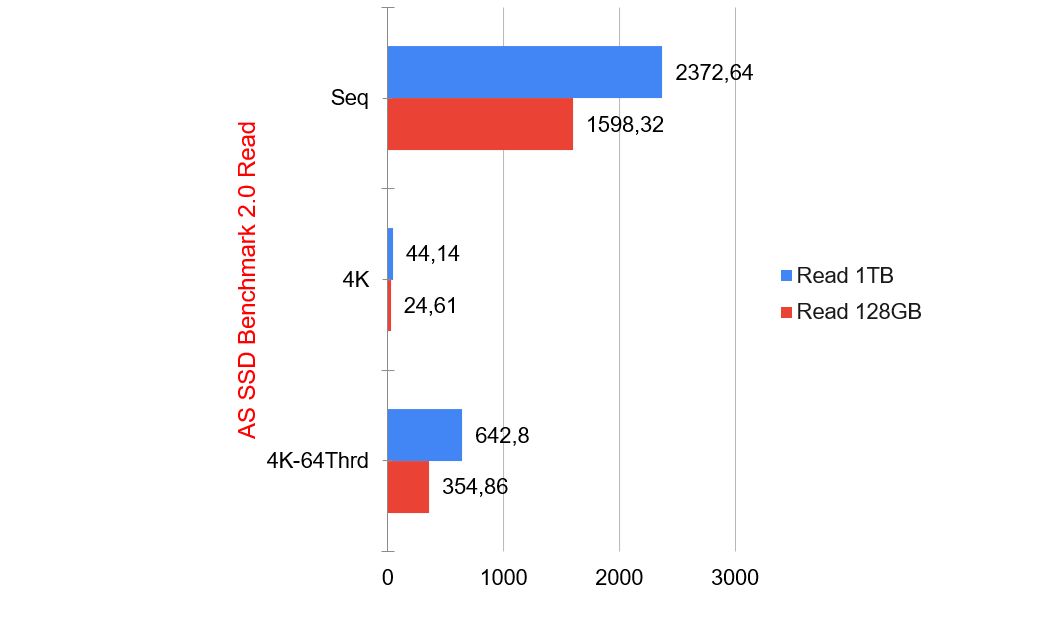 AS SSD Benchmark in read state shows that the 1TB drive gets you to 2372 MB/s read a massive 33 percent better read compared to the 128GB OEM drive. 4K performance in this test works dramatically faster in Kioxia, scoring almost double the OEM performance. Even 4K-64 Thrd repeats the same scenario as the Kioxia 1TB drive scores close to two times faster. 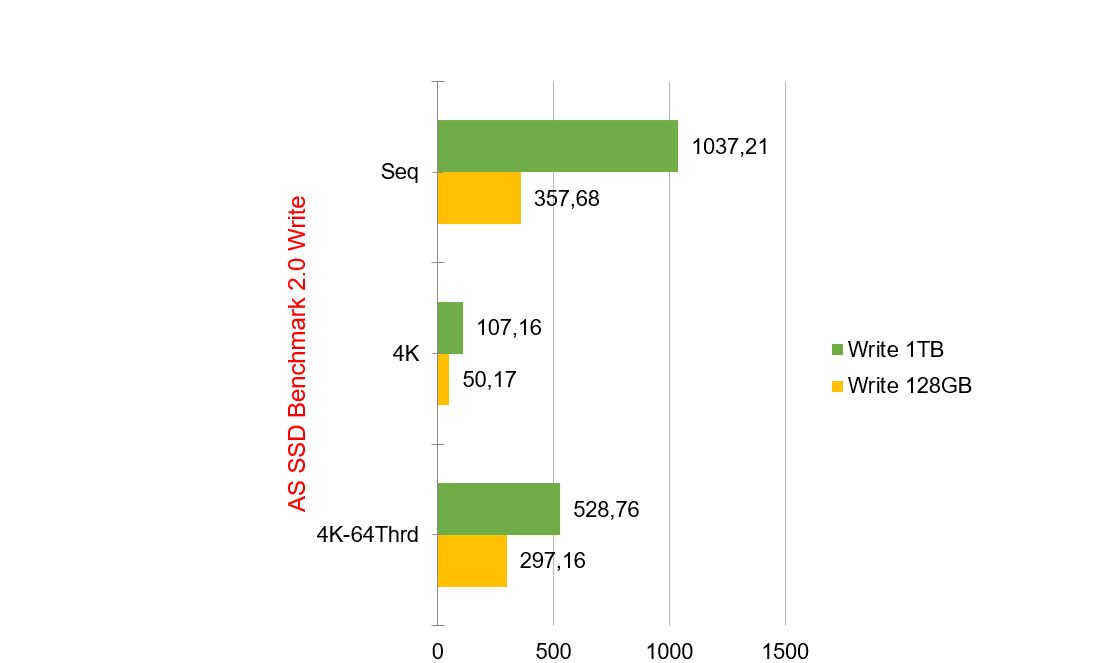 The write part of the test AS SSD 2.0 Benchmark shows dramatic performance in write speed. The sequential test scores three times faster on the Kioxia 1TB drive. Not only that, but you also get eight times the capacity at the same time you get three times faster speed. It is money well spent as people usually spend serious money to get a fraction of performance increase, let alone three times.

The 4K performance is two times faster on the Kioxia 1TB drive, while the 4K 64Thrd scores 77 percent faster.

Without a doubt, this is money well spent. With the 512 GB option selling for around 100ish USD or Euro, if you can find it available, you get faster speeds and four times the storage. Kioxia BG4 1TB gets you eight times storage for a fraction of what Microsoft charges. Bear in mind that 512GB option sells for 800 USD more than 128GB, but to be fair to the Redmond giant, the 1800 USD machine does come with 16GB RAM.

Anyone who knows to use a screwdriver and install Windows with USB, and some basic knowledge of BIOS can do it. We don’t encourage anyone to rip a machine open, the choice is always yours, but we wanted to show you that it is not rocket science, and it gets you much needed storage and performance.

Kioxia did a great job, and we just hope that there will be a way for consumers to buy these drives in etail.