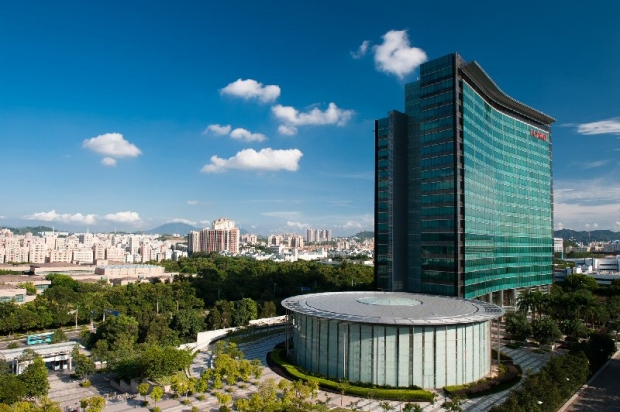 I’ve been reviewing both software and hardware for over 35 years now, but this is the first time I’ve had to take into account geopolitics. But more, much more on that later.

Here’s a review of both the MatePad Pro and the Huawei FreeBuds Pro - the latter ye stick in yer lugs. Like the sub-heading, this includes the Doric tongue, frae Olde Aberdeen.  “Fit ye sae” means what do you say? ”Lugs” means ears. "Heid", in Doric, a Scottish language, means head.

It’s available in what Huawei calls Midnight Grey. It also includes a 7250 mAh battery. Let’s start with the outside, because that what you see first! The LCD screen has a resolution of 2560 x 1600 pixels, and supports 16.7 million shades.

There’s a notch at the top right of the screen if you’re a selfie fangirl or fanboi. I’m not - I pity other people that have to see my face and have no desire to see it on my phone or my tablet or my mirror. Unfortunately, this makes shaving a little difficult.

At the back is a 13MP f/1.8 lens. Inside is Huawei’s Kirin 990 - that’s a high end eight core chipset and includes a 16 core Mali GPU and a dual neural processing unit (NPU). The Kirin 990 is also used in the company’s P40 smartphones. Like the P40 range, it supports fast charging. It supports the usual connect culprits - Bluetooth and WLAN. The machine doesn’t come with earphones, which is a bit of a shame. As an optional extra you can buy an M Pen.

That will set you back £130. Personally I don’t like these stylii - I’ve been using a keyboard for so long - 60 years folks, that I’m out of muscle memory for handwriting. People who have seen my handwriting do describe it as eccentric as its owner. You can also get a Huawei keyboard unit, if you want to pretend this is a notebook computer. But that comes at a price and the price is £157 It would be nice if it had two USB-C ports. You could always buy a non-Huawei Bluetooth keyboard at a considerably lower cost than this and a stand to support the tablet.

This tablet feels like there have been no compromises on build quality. The quad speaker sound is great. I’m not surprised at the build quality - every Huawei device I’ve used has been well-designed and solid. I’ve been lucky enough to see Huawei’s highly automated manufactory in Shenzhen, China. That’s a really impressive place.

Battery life on the MatePad Pro is really good too. Of course it depends on the amount of time you use your tablet, but having used it on and off for four days it’s still not out of juice.

And now down to geopolitics.

The tablet does include Huawei apps but the range is small compared to the Android Play Store. No doubt many developers are working hard to come up with apps to support Huawei, but it will be a long time before they get close. Huawei has had a particularly hard time in the trade wars because the USA would have us believe, without a scrap of evidence, that its products are peepshows for the Chinese security services. Anyway, if you’re plugged into the interweb, no doubt the world’s secret services can get your profile, your likes and dislikes and your political views in a matter of minutes.

It’s spooky but true as eggs is eggs. I am most impressed by the quality of this tablet, by its display, its battery life and the sound quality.

I am most impressed by the quality of this tablet, by its display, its battery life and the sound quality.  The machine costs £500.  The user manual is linked  at the end of this sentence and there are many more features. We don’t have the time to detail all of them.  https://consumer.huawei.com/my/support/tablets/matepad-pro/

And now to the ear lugs - the Huawei FreeBuds Pro. They aren't free, they are pricey. We’ve noticed an increasing tendency of kids to use noise cancelling devices, even when cycling or walking. Are they alive to the fact that all five senses play into the sixth sense, the mind, that has to try to reconcile what the errant five are doing? The pair cost £170.   I don't care for "buds" because they keep falling out of my lugs. There's no reason you have to buy these together with the excellent MateBook Pro, apart from one reason.  There isnae a wee socket tae stick yer earphones wi a plug in (Doric). Also there are cheaper alternatives. The buds look very sound and cool. But don't forget earwax - a common condition in humanoids.

Some marketing person at Huawei cooked up a plan to make a "lifestyle experience" as Apple calls it and that, of course, involves "consumers" - people - spending and spending and spending again.  The buds are of high quality, the tablet is probably the best on the market - if it wasn't for the China-US trade wars.