Back at IDF we heard a rumour that some big changes are about to happen at AMD and that they should take place in October. The management reshuffle is underway now, with Rory Read stepping down as CEO in favour of industry veteran Dr. Lisa Su.

Su has been promoted to president and chief executive officer effective immediately and Read will step down. Read will help the transition and he will stick around until the end of the year, but we expect that Lisa will take the stage at CES 2015 for AMD.

In our years of ATI and AMD coverage, we learned a lot about both companies and the post-merger AMD. Some of our insiders said they saw Rory as an operations guy more than anything. He was the right person to handle do the painful restructuring of the company, but historically AMD always ended up with cool products while it was led by someone with an engineering background.

We are still puzzled by Su's decision to take the helm at this point, but we can imagine that this play was in the works for a long time. Lisa Su comes from hard tech background, with an M.S. and PhD in engineering. She worked for Freescale Semiconductor and IBM, where she was vice president of semiconductor research. Su has an excellent grasp of silicon and a good sense of what the market needs.

Ever since Jerry Sanders, the founder of AMD, stepped down, the company went through a number of CEOs. The biggest success and the start of dual-core 64-bit era came during the tenure of Hector Ruiz, who also helped AMD spin off its foundry business which helped the company in the long run. He took the helm in 2000, after Sanders decided to enjoy the good life rather than manage a tech company.

Hector was replaced in July 2008 by Dirk Meyer, one of the architects behind Alpha 21064 and 21264 processors. When he departed AMD was briefly left without a CEO and eventually Lenovo veteran Rory Read took over in early 2011. 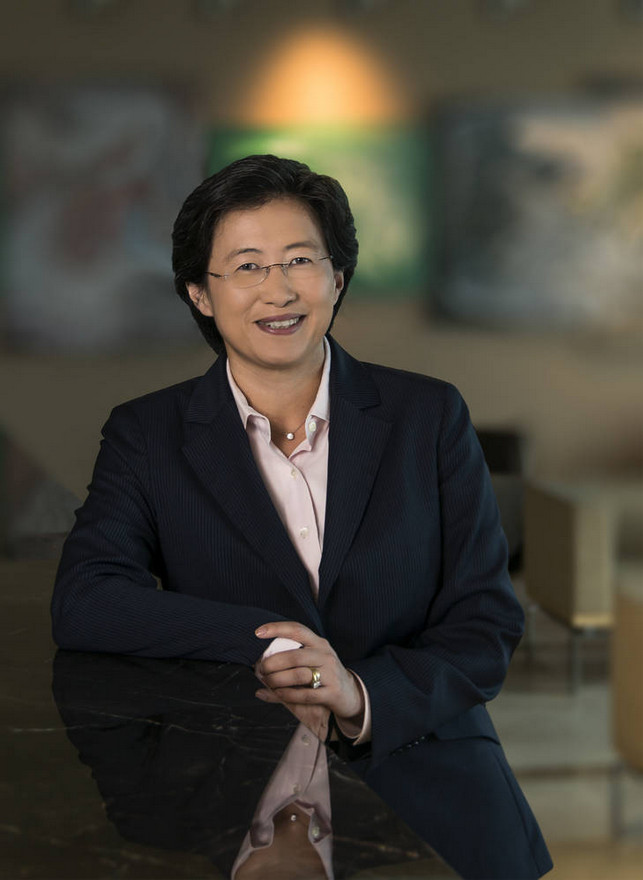 Lisa Su brought a wind of change and helped AMD to drift away from its x86 centric strategy, paving the way for ARM based processors. We still have to see if this was a good choice, but diversifying is key for long-term survival, as the computing landscape changed from being practically x86 exclusive in 2007 to a world dominated by ARM mobile processors in 2014.

Lisa has a very capable right hand, a chap called John Byrne. He was senior vice president and general manager for the computing and graphics business and has he reported to Lisa when she was Chief Operating Officer. We wonder if he will get a promotion, too. With the Su - Byrne duo in play, the company won some important deals such as getting its professional graphics inside last year's Mac Pro and the soon to launch 5K iMac.

Many analysts are puzzled by the news and most of them are questioning the timing, as AMD is about to hold its quarterly financial conference call next week. Some analysts expected to hear the news then. AMD shares fell 6.4 percent in afterhour trading, but we believe that Wall Street is simply concerned as the announcement caught everyone off guard.

AMD is currently world's only company that can make x86 and ARM based processors, along with heterogeneous processors backed by powerful on-die graphics. The company has a lot of engineering talent and they have some interesting products in the pipeline.

More in this category: « Women who share more on Facebook are lonely Pioneer ships 3D capable Blu-ray players »
back to top