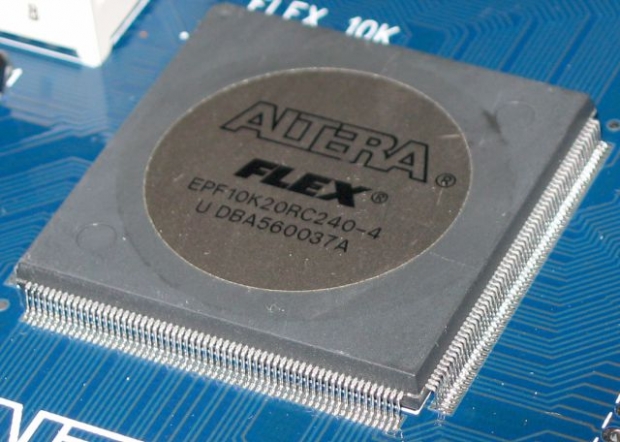 Shares in Chipzilla have surged after the news leaked that it is trying to buy fellow chipmaker Altera for a cool $10 billion.

If it goes ahead it will be Intel's biggest purchase ever and the latest merger in the quickly consolidating semiconductor sector.

For those who came in late. Altera, was once part of AMD, and makes programmable chips widely used in mobile phone towers, the military and other industrial applications. Altera's value to Intel is its programmable chips, which are increasingly being used in data centres, where they are customized for specialized functions such as providing web-search results or updating social networks.

It is seen as part of Intel Chief Executive Officer Brian Krzanich's glorious plans to seek out new markets, and new technologies and to boldly go where no Chipzilla has gone before.

Earlier this month, Intel slashed nearly $1 billion from its first-quarter revenue forecast to $12.8 billion, plus or minus $300 million, as small businesses put off upgrading their personal computers.

Altera is one of the only semiconductor companies with better gross margins than Intel, and with about two-thirds of its revenue from telecom, wireless, military/aerospace.

The story has yet to be confirmed by anyone other than the business press which probably means it is true.

Rate this item
(4 votes)
Tagged under
More in this category: « Are Intel and Microsoft crippling stick PCs? Open Source Github under Chinese attack »
back to top