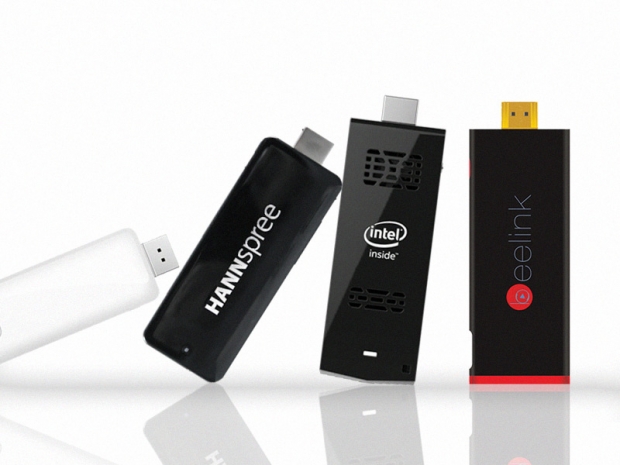 Intel recently announced its first stick PC, but at the same time the chipmaker and Microsoft aren’t doing much to promote the new form factor. In fact, it seems like they don’t want stick PCs around.

It may sound strange, because Wintel micro PCs could have a bright future, especially as new 14nm low-voltage processors become available.

It would appear that both companies should have a vested interest in getting them off the ground, however, they appear to be doing the exact opposite through strange pricing and marketing practices.

Intel and Microsoft have one thing in common – they both dropped the ball on tablets and smartphones a few years ago. As a result, the tech giants came up with a few ways of promoting their respective platforms.

Intel burned billions to get Bay Trail processors into 46 million tablets last year, while Microsoft decided to hand out free Windows with Bing for certain devices (namely tablets with screens under 9 inches).

These practices helped both companies boost their share in the tablet space, but they also created a problem for other form factors. Intel’s Compute Stick is a good example, because it is going to cost more than an equivalent tablet, with the same SoC and hardware platform. Stick PCs from other vendors are bound to suffer the same fate. 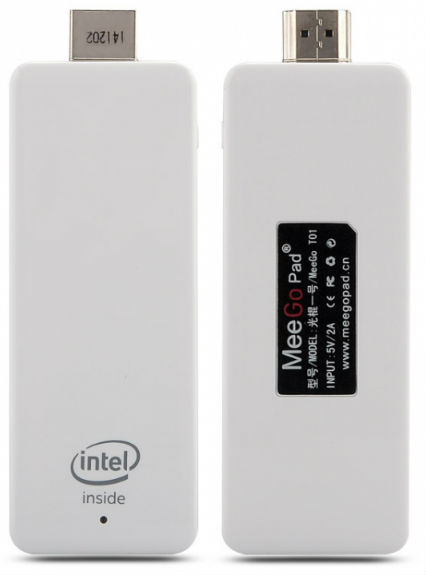 But wait, didn’t we recently mention cheap Windows sticks churned out by Chinese manufacturers? Yes we did, and they are significantly cheaper than the Intel Compute Stick. You can pick up such a device for about $100-$120, depending on the brand and amount of storage, but there’s a catch.

What happens in China, stays in China

Most of these whitebox Windows sticks don’t exactly ship with a proper Windows license. While Chinese manufacturers can get cheap Bay Trail parts, most of them can’t get Windows licenses, since they are not building small tablets. In other words, if you order one, chances are you won’t get an activated OS.

Fudzilla reached out to the Stick PC Store for comment and we were told that this is a becoming an issue in the channel. The UK-based store specialises in SFF PCs and stick PCs, but it only ships hardware with licensed Windows, so it is obvious whitebox products with unlicensed operating systems have an unfair advantage.

Paul Beckett, the manager and owner of the PC Stick Store told us that he has high hopes for the stick PC form factor in general. He argued that next generation hardware could make stick PCs a lot more attractive for home and business users, which is basically the whole idea behind KJ Beckett’s decision to launch the store.

“The Stick PC Store's long term success depends on more stick PCs hitting the market and of course, improved specs and functionality. I am certain that small form factor, especially stick PCs, are the future for the majority of users (not all).”

Beckett argued that the average user simply doesn’t need a large desktop anymore, as smaller machines like NUCs and next generation stick PCs should cover most of the basic requirements.
Beckett also informed us that his company reached out to a number of Chinese manufacturers, inquiring about Windows licenses, with disappointing results.

“I probably shouldn’t have been surprised that by default none of the suppliers I have talked to offer a fully/legally activated Windows device as default," he said. "They are trial versions, or even worse “activated” versions, which I am struggling to get confirmed are legit.”

Beckett stressed that his company does not and will not sell devices with questionable Windows licenses:

"The Stick PC Store is focused on offering nothing but high quality devices and will only offer a products with fully activated Windows licenses."

This is where it gets tricky. If the same brands were in the business of building cheap 8-inch Windows tablets, they would have access to cheaper chips and free Windows. The end result of Intel’s and Microsoft’s tablet subsidies is that the average consumer can get a $99 Windows tablet with a legit operating system, while at the same time an x86 stick with a much lower bill of materials (BOM) retails for much more.

Beckett told us that few Chinese manufacturers can get licences. One of the suppliers informed him that only big Chinese brands can get proper Windows licenses. Another one pointed out that it cannot install free Windows with Bing on a stick, because Microsoft would not allow it.

“A free operating system is only ok for tablet PCs under 9 inches,” the manufacturer told Beckett.

In other words, Chinese manufacturers would gladly ship the devices with legal and licensed versions of Windows, but they are not in a position to do so. It seems like Microsoft and Intel are throwing cheap stick PCs under the bus, and personally I don’t understand why they are not taking a more proactive and flexible approach.

The living room is a big market and it’s getting bigger – Apple TV, Android TV, Android sticks, Nvidia’s Shield console, Chromecast – all these devices are being marketed as living room media solutions, yet Intel and Microsoft seem reluctant to enter this segment.

It is easy to understand the rationale behind these restrictive policies – Microsoft does not want to hand out free Windows in the desktop segment, while Intel does not want to sell subsidized chips for such designs, since its contra revenue programme was originally intended for tablets and tablets only.

However, small Bay Trail PCs still can’t replace office machines in most settings and they are hardly a threat to Intel’s NUCs or other SFF PCs. From a tech perspective, the argument does not make much sense, because Bay Trail is already outdated and about to be replaced. As far as Redmond goes, offering Windows with Bing for free in such a tight niche probably wouldn’t even register on its financial statements.

How about a reference platform that would be supported by both companies?

There is a precedent for a reference platform approach, although it did not work very well. Back in 2008 Intel and Microsoft were busy pushing netbooks, but a number of draconian hardware restrictions had to be agreed upon before Microsoft would let vendors ship them with Windows XP on the cheap.

The restrictions effectively crippled netbooks and limited storage, RAM and OS support, rendering them uncompetitive and limiting their usability. Then came the iPad and it was game over for netbooks, but in recent years the concept was resurrected in the form of Chromebooks and cheap Bay Trail hybrids and ultra-portables.

Why not try the same thing now, with small form factor PCs? Microsoft and Intel wouldn't even have to impose any special restrictions, because the form factor and Intel's Bay Trail platform are already very limited. Why not give free Windows with Bing licenses and cheap chips to anyone interested in building $100 sticks with Bay Trail chips, 2GB of RAM and 32GB of eMMC storage?

Last modified on 29 March 2015
Rate this item
(15 votes)
Tagged under
More in this category: « GameStop sales dry up Intel set to buy Altera »
back to top