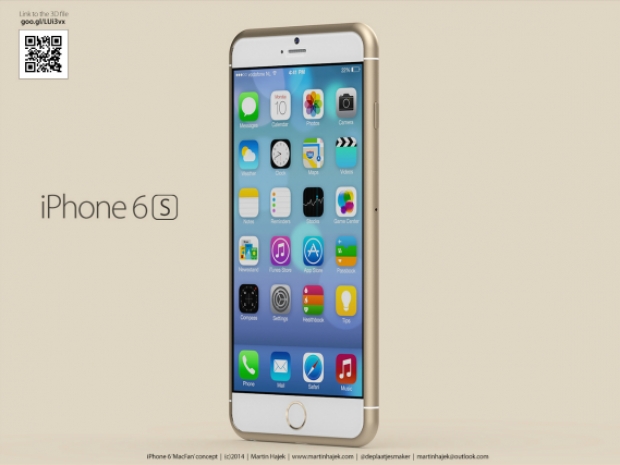 Samsung and TSMC have started production of the chip which is supposed to be under the bonnet of the iPhone 6s.

Dubbed the A9, the chip's production was delayed by Jobs' Mob who insisted on last minute layer changes which mean that both chipmakers to rework wafers.

The rumours said that the modifications are not expected to impact the release schedule of the next-generation iPhone so unfortunately it will be still ready in time.

Apple's iPhone 6, iPhone 6 Plus and new iPod touch are powered by the A8 chip, but the A9 uses TSMC 16nm process.

TMSC is also expected to manufacture fingerprint sensors and audio chips on a contract basis for future iPhones.

At the moment it is not clear what Samsung is doing, it seems the eastern leakers of the reports come from TSMC. A9 chip production in July is considered reasonable if the next iPhone is expected to launch in two months.

The Tame Apple press is gearing up to claim that Apple order "a record-breaking" 85-90 million "iPhone 6s" units from suppliers by the end of 2015. If it does, it is ignoring the downturn in the smartphone industry generally and the fact that its crucial Chinese market is moving away from Apple products.  So if the Tame Apple Press is telling the truth then Apple is going to have a lot of iPhones in its warehouse gathering dust.

Other than the A9 the "iPhone 6s" and "iPhone 6s Plus" are expected to be announced in September. They will be pretty much the same as the iPhone 6 with the 4.7-inch and 5.5-inch screen sizes 2GB of RAM, Force Touch, a faster Qualcomm LTE chip, an improved 12-megapixel rear-facing camera and 7000 Series aluminium.

The overall design of the smartphones will likely be nearly identical to the iPhone 6 and iPhone 6 Plus so it will be super flexible. Most users will not be able to notice any difference at all.

Last modified on 17 July 2015
Rate this item
(10 votes)
Tagged under
More in this category: « Microsoft kills off the DVD UK spying law is illegal »
back to top