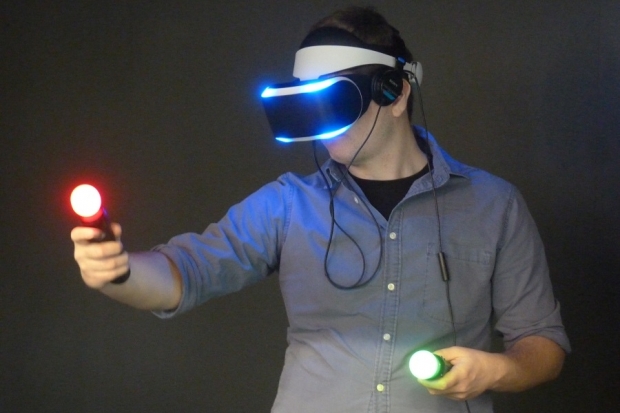 Overdose in creativity at Sony marketing

Yes, it is obvious, but the company got quite excited about the "new name" at Tokyo Game Show press conference.

"The name 'PlayStation VR' not only directly expresses an entirely new experience from PlayStation that allows players to feel as if they are physically inside the virtual world of a game. It also reflects our hopes that we want our users to feel a sense of familiarity as they enjoy this amazing experience."

So apparently, users will get the idea that they are using something different from the PlayStation by using a product that has the same name. A bit like if you buy something that is branded Apple you expect to get a lemon.

The hardware is still a long way away. Apparently, it has to be "refined" in the coming months, and that Sony is working closely with third parties and in-house studios to ensure there are actually some games for when it launches.

There is still no official release date for the headset, which is due for release at some point in early 2016.

Last modified on 15 September 2015
Rate this item
(6 votes)
Tagged under
More in this category: « Brits need more bandwidth Notebooks doing better than expected »
back to top