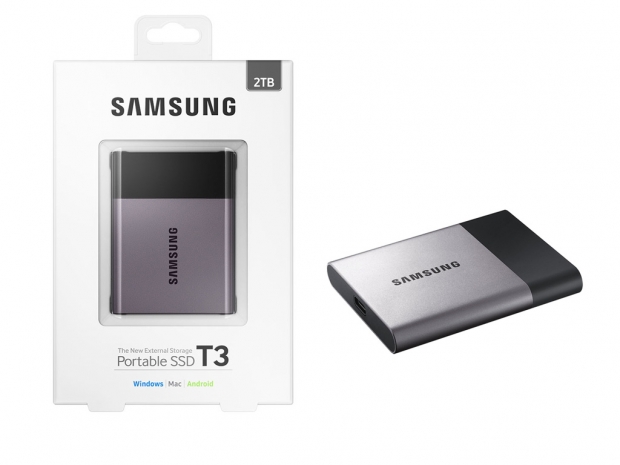 In both Europe and the US

Although it was announced back at CES 2016 show in January, Samsung's new Portable SSD T3, which comes with a new USB Type-C interface and capacities of up to 2TB, is now available in both the US and Europe.

The Samsung Portable SSD T3 has 74x58x10.5mm dimensions and weighs 51g. While it weighs slightly more compared to the previous Portable SSD T1, Samsung is now using a metal enclosure which should make it a bit more sturdy. The transfer speed remained pretty much the same as it peaks at up to 450MB/s. It also comes with AES-256-bit hardware encryption and an optional password settings for security.

Last modified on 23 February 2016
Rate this item
(2 votes)
Tagged under
More in this category: « Western Digital faces shareholder revolt over SanDisk Gates did not back the FBI against Apple »
back to top