Samsung to team up with Chinese to build logical chips 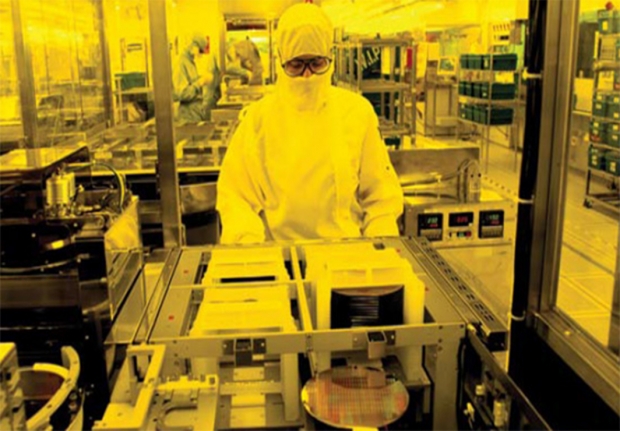 Samsung Electronics is considering partnering with Chinese semiconductor companies to increase its sales and market share in the less-volatile and more profitable logic-chip business.

The outfit wants to move away from heavy dependence on conventional memory chips, which have been commoditised because of massive capacity expansion by Chinese manufacturers. Samsung reasons that forming strategic partnerships with Chinese companies focusing on logic chips might be a way forward.

The Korea Times said that it was no surprise that Samsung Electronics wants to form these sorts of partnerships. The Chinese market is valued at $150 billion to $170 billion for semiconductor chips annually, accounting for more than 40 to 50 percent of the world's total chip consumption.

But the scale of Samsung's chip business in China has not been that big compared with its rivals. China accounted for 15 percent of the total sales that Samsung generated last year, the lowest portion among the "top 9" list.

Samsung does seem to think that China's support for joint projects will allow Samsung Electronics and SK hynix to gain better access to the Chinese market, but strategic partnerships mean increased opportunities to raise the business. If Samsung ties up with Chinese companies for logic chips, then it could significantly boost its share in China with a diversified portfolio, an unnamed Samsung official said.

Bernstein Research said it believes that GlobalFoundries Samsung Electronics' business partner in logic chips is "discussing with China," because the firm has nothing to lose in the Chinese market.

Samsung competes with TSMC for logic chips. TSMC is building advanced fabrication lines in the Chinese city of Nanjing. Samsung Electronics has been consistent in converting lines to logic chips to expand the output of mobile processors. But its global share in the logic-chip business was fourth last year.

Samsung is the biggest foreign investor in China. It runs a massive memory chip fabrication line in Wuxi, while the company makes logic chips at its plants in Korea and Austin, Texas.

Last modified on 06 May 2016
Rate this item
(1 Vote)
Tagged under
More in this category: « TSMC tapes out Apple's A11 processor Apple autocratically deletes music from your hard-drive »
back to top