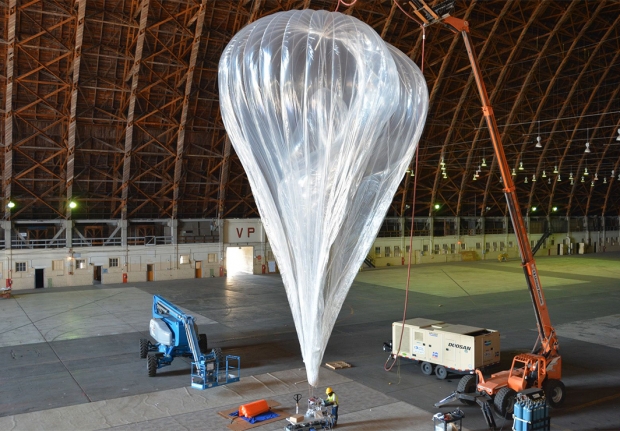 Space Data Corporation is claiming that Google pinched its idea for a balloon based wi-fi project to distribute the internet.

For those who came in late, Google has been trailing a plan to provide Wi-Fi to even the most remote of areas through a network of suspended balloons.

Space Data Corporation is claiming that it developed the Project Loon concept some two decades ago. It has filed a complaint with the Northern California District Court citing two of its own patents from 1999 and 2001.

The first patent deals with "Airborne constellation of communications platforms and method" - essentially a suspended balloon-based network - while the second deals with "Unmanned lighter-than-air safe termination and recovery methods" - or the recovery of said balloons.

This is not a normal patent troll. Space Data Corporation does make products and has done so for some time. Its SkySat is a balloon-based repeater platform that is "currently being used operationally by the US Marine Corps," while the SkySite is a similarly balloon-based "low-cost solution for data communications in remote areas."

Google has its own patents for Project Loon and curiously Google founders Sergey Brin and Larry Page visited Space Data in early 2008 so they do know the outfit exists and what it makes. Indeed at the time it was thought that Google might even buy the company.

Last modified on 16 June 2016
Rate this item
(2 votes)
Tagged under
More in this category: « What Apple forgot to mention GloveOne haptic touch VR gloves displayed at E3 2016 »
back to top