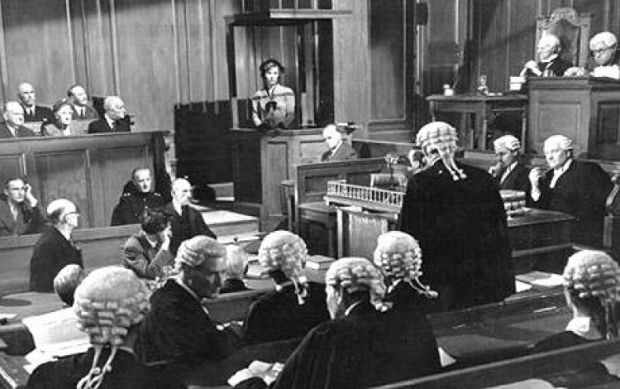 John Steele, a University of Minnesota Law School graduate, made the mistake of bragging to a reporter that he and a colleague earned millions of dollars by suing hundreds of people for illegally downloading pornography.

Now he has admitted Monday in a Minneapolis federal courtroom that it was all scam. Steele pleaded guilty to conspiracy to commit mail fraud and wire fraud, and conspiracy to launder money. He cut a deal that calls for him to cooperate in the prosecution of others involved, presumably to rat out his co-defendant, Minneapolis lawyer Paul Hansmeier.

Hansmeier, who is suspended from practicing law, has denied the charges and awaits trial in Minneapolis. In exchange for Steele’s plea, the government agreed that it will dismiss 16 other charges against him, including mail fraud, wire fraud and conspiracy to commit and perjury. The agreement contemplates a sentence of eight to ten years in prison if approved by US District Judge Joan Ericksen, though Steele could win a reduction by providing substantial help.

Steele and Hansmeier appeared to have launched a scheme in 2011 “to fraudulently obtain copyright lawsuit settlements by deceiving state and federal courts throughout the country”.

They used sham business entities to acquire copyrights to pornographic movies, some of which they filmed themselves.

They posted the movies to file-sharing websites where others could watch them, then filed lawsuits against the “John Does” who anonymously downloaded the movies. That way, they could subpoena the internet service providers and identify possible defendants.

Appparenly it netted them more than $6 million in settlements and prompted losses of at least $3 million. When judges began questioning their tactics, Steele and Hansmeier “repeatedly lied and caused others to lie” in an effort to hide their scheme, prosecutors say.

Last modified on 08 March 2017
Rate this item
(0 votes)
Tagged under
More in this category: « Assange pulled another snow job on the press Asustek VR ready for third quarter »
back to top