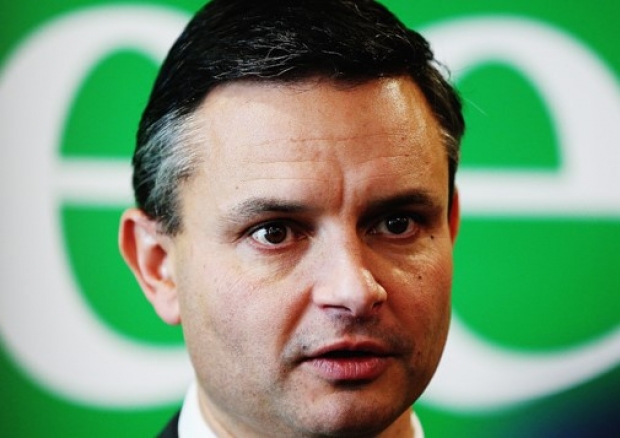 Green party Apple fanboys down under should be facing a huge crisis in their faith after discovering that their favourite tech company pays zero tax.

The Green party in New Zealand appears to be horrified that the company which it believed was "green, friendly and innovative" had not paid any tax for nearly a decade.

Now the rest of the world knew that Apple has been dodging taxes for ages, but at least it paid a pathetically token amount to the countries that it set up shop in. In fact Apple’s own records show it paid the New Zealand government a “whopping $37 million".

But if you look at the figures more carefully since 2007, all that dosh was sent to the Australian Tax Office. Had Apple reported the same healthy profit margin in New Zealand as it did for its operations globally it would have paid $356 million in taxes over the period.

This has put the Apple fanboy James Shaw, who happens to be the New Zealand Green Party co-leader, in a bit of a bind. His programming requires him to praise the company whenever possible, but the reality is that Apple represents everything the Greens should be standing against. In the end he came out with one of the strangest comments we have seen.

"It is absolutely extraordinary that they are able to get away with paying zero tax in this country," he said. In fact he has named Apple as one of the multi-national tax dodgers in the past.  But it seems that the fact that  Apple is a compulsive tax-dodger in many parts of the world creates a little bit of cognitive dissonance in poor Shaw’s brain.

His instinctive reaction, when presented with the news, was to advertise his favourite company is to chant the mantra “I really like Apple products - they're incredibly innovative.” Which was what he actually did.

To this he added  “it looks like their tax department is even more innovative than their product designers".

So even his criticisms have to praise some aspect of the company which is shafting the New Zealand economy. The Greens are supposed to be thinking about things like ecology, social responsibility, grassroots democracy and non violence. If he was anything like Gandhi, Shaw would be publicly smashing his Apple gear and encouraging a boycott of the company’s products. Instead he is bleating about how innovative Apple is in the mainstream press.

The issue for Shaw appears to be the mantra that it is not Apple's fault, it is the NZ  government for not having the right tax laws.

To put Shaw’s comments into some perspective, even the Mac fanboys in the US think Apple is taking the Nintendo by paying no tax in New Zealand.

Bryan Chaffin of The Mac Observer, wrote that Apple was the largest taxpayer in the United States, but 'pays next to nothing in most parts of the world... “Taxes matter. Roads matter. Schools matter. Housing authorities matter. Health care matters. Regulation enforcement matters. All of the things that support civil society matter. Apple's profits are made possible by that civil society, and the company should contribute its fair share.'"

While it is rare for us to agree with Chaffin, it seems that he has his head screwed on straighter than the New Zealand Greens, who appear to be happier to advertise Apple while it shafts the country they hope to stand for. Still New Zealand does have rather a lot of sheep, so it must be fertile ground for whatever Apple spews out on them.

Last modified on 20 March 2017
Rate this item
(0 votes)
Tagged under
More in this category: « UK denies high-tech spying on Trump’s microwave US Army ready to deploy lasers »
back to top