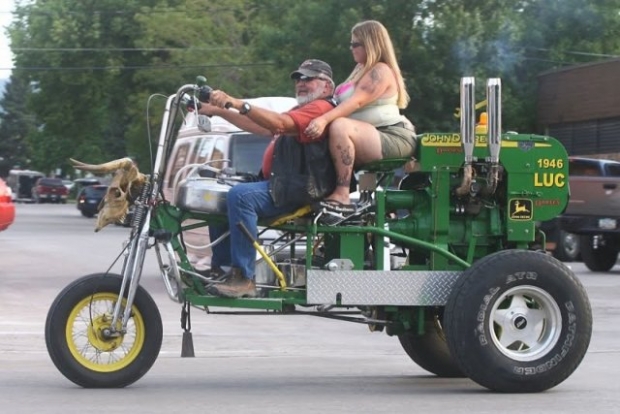 Doctorow sticks to his bizarre prophecy because of tractors

Two years ago, Cory Doctorow joined the EFF's campaign to eliminate DRM within eight years and he claims that he is on target to do that thanks to tractors

Talking to the DEF CON hacking conference, Doctorow said that the farmers and the Digital Right To Repair Coalition have done brilliantly and have a message which is extremely resonant with the political right as well as the political left.

The entertainment industry seems to oppose extending the DMCA to tractors and if Big Content, which is very proprietary towards laws that protect DRM, thinks that it is silly then it acknowledges that there are cases were DRM is bad.

“They really feel that they lobbied for and bought these laws to protect the business model they envisioned. For these latecomer upstarts to turn up and stretch and distort these laws out of proportion has really exposed one of the natural cracks in copyright altogether," he said.

Doctorow said one good thing which will come from Brexit, is that the UK will renegotiate and reevaluate its relationship to the Organisation for Economic Co-operation and Development and other directives.

“The UK enjoys a really interesting market position if it wants to be the only nation in the region that makes, exports, and supports DRM-breaking tools," he said.

Last modified on 02 May 2017
Rate this item
(0 votes)
Tagged under
More in this category: « Spammer and journalist face off in court Chinese to create own Wikipedia »
back to top