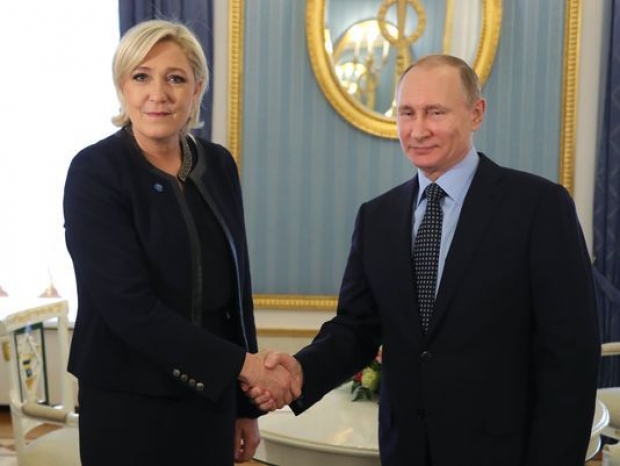 Even Wikileaks admits it is being played

Hackers working for Tsar Putin had another go at gaming an election with its usual partners of Far Right groups and Wikileaks.

Emmanuel Macron's campaign was hacked by the same Russian hacker crew who worked so hard to get Donald (Prince of Orange) Trump elected and this time it was clear that Tsar Putin wanted the National Front candidate Marine Le Pen in charge.

But this time they appeared to be taking the Nintendo. Not only did the leak appear too close to the end of the Election, the hacked cache included fake emails.

Even Wikileaks admitted that the cache was dodgy. Even as WikiLeaks helped spread news of the hack, the group’s French lawyer, Juan Branco, wrote that the “MacronLeaks” dump “disgusts me”.

“What are we playing at?” asked Branco, who is running for a seat in Parliament next month as a candidate of Jean-Luc Mélenchon’s France Insoumise party.
Instead of important revelations, an initial review of the documents circulating under the MacronLeaks tag by Julien Cadot, a journalist for the site Numerama, suggested that they “seem to be utterly banal”.

“There are briefing notes, bills, loans for amounts that are not excessive,” Cadot explained, along with “strictly personal and private exchanges — personal notes on rain and good weather, a confirmation email on the publication of a novel, the reservation of a table between friends”.

But the leaks were made worse by US Far Right activists who appeared to have gotten their paws on the leak in advance and were tailoring blogs with similar language and highlighting similar things.

Analysis conducted by The Atlantic Council's Digital Forensic Research Lab published on Saturday found that the hashtag #MacronLeaks reached 47,000 tweets in three and a half hours after it was first used by Jack Posobiec, a writer in Washington for the Far Right news organization The Rebel. Posobiec's online biography said he coordinated grassroots organizing for a group that supported US President Donald Trump's campaign.

Posobiec's initial tweet on the Macron documents was retweeted fifteen times within one minute and 87 times in five minutes, Atlantic Council senior fellow Ben Nimmo wrote in a blog published on Medium. Posobiec is prolific on Twitter, where he has a large following of more than 100,000 accounts.

The goal of the Bots was to move the hashtag from the United States to France, according to Nimmo, where surveys show far-right leader Marine Le Pen trailing Macron by more than 20 points heading into Sunday's election.

French electoral law forbids candidates from commenting during Saturday and until polling stations close on Sunday.

WikiLeaks did not publish the information itself but tweeted about the leak at least 15 times.

"As the dominant publication in the field we were hours ahead of all other major outlets," WikiLeaks boasted in a private Twitter message. "That's what our readers expect."

About nine gigabytes of data purporting to be documents from the Macron campaign were posted on Pastebin, a site that allows anonymous document sharing.

The US cyber intelligence firm Flashpoint told Reuters that an initial review of the Macron leaks indicated that APT 28, a group tied to the GRU, the Russian military intelligence unit, were be behind the leak.

Among other indicators, the firm said metadata contained in one of the leaked files showed it had been modified by someone who works in the technology industry in Moscow.

The Kremlin has repeatedly denied accusations it has attempted to use cyber-attacks to game the French or US elections.

Fortunately the leak was left too late to damage the French elections which resulted in a drubbing for the National Front. It was also helped by the French legal system which prevented the papers reporting on the leaks until after the election.

Last modified on 08 May 2017
Rate this item
(0 votes)
Tagged under
More in this category: « UK about to go mental with Internet laws Cisco and Oracle cheer the end of net-neutrality in the US »
back to top