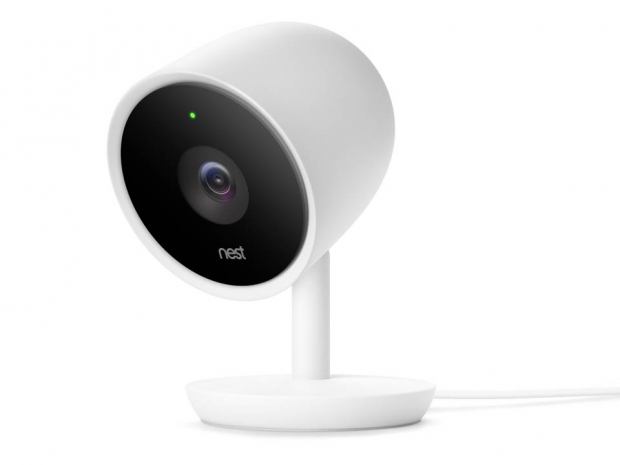 Nest Labs, the Silicon Valley-based producer of smart thermostats and security systems, has revealed an “intelligent” indoor camera with a 4K HDR image sensor that the company says is nothing short of the “best in class security camera” the industry has created thus far. Well it would say that.

A week ago, we wrote that Nest was preparing a 4K-capable security camera with enhanced 1080p zooming features that would be introduced before the end of May. On Tuesday, the company formally unveiled the product under the name Nest Cam IQ, complete with indoor security features that it claims do not compromise on capturing object or motion detail in mission-critical situations.

The Nest Cam IQ features an eight-megapixel, 4K HDR image sensor with a 130-degree field of view and 12x digital zoom. The device is powered by a hexa-core Qualcomm processor, but image resolution is downscaled from 4K and instead outputs at 1080p resolution using pan-and-zoom techniques. The company says that current indoor Wi-Fi networks are not robust enough to support continuous 4K video streaming without complex compression algorithms in place. So instead, it designed a camera that can expand particular areas of a 1080p scene without any loss in image fidelity.

Using the deep learning algorithms from Google, the Cam IQ can accurately detect moving objects within its line-of-sight at full resolution, and then zoom in at quarter-scale to individually track each object while in motion. For an additional $10 a month, the company’s Nest Aware service promises to give users a facial recognition feature that can detect friends, family members and unidentified strangers, and send out notifications accordingly. This reminds us of Facebook CEO Mark Zuckerberg’s recent DIY home assistant project called Jarvis that, when coupled with a few security cameras, recognizes the faces of individuals ringing his doorbell - if he's got one - and checks a custom list to determine whether that person’s presence has been anticipated.

The Nest Cam IQ includes a powerful built in speaker, a three-microphone array with echo and noise cancellation, and a night vision mode powered by two infrared LEDs. The company’s director of product marketing, Maxime Veron, says that the LEDs operate at 940nm wavelength and are nearly invisible to the human eye when detecting people and objects in dark shadows or at night. Additionally, the three-microphone array is capable of picking up individual audio cues from a variety of objects – barking dogs, human conversations, mailbox deliveries, tipped over trash bins, etc. – and can notify the user based on various alarm cues.

Nest Cam IQ is all about security “insights”

The company’s executives claim that most of its security customers have shown that they value insights over more information. Accordingly, they designed the product with an emphasis on IQ using Google’s deep learning algorithms, rather than having the highest image fidelity on the market or a most extravagant sensor array. With a future update that will integrate both Google Home and Amazon Alexa, Nest may be able to secure a top spot in the “security insights” category before competitors begin pushing products with similar algorithms and object tracking techniques.

The Nest Cam IQ indoor security camera is now available to pre-order on the company’s site for $299 and is scheduled to begin shipping in four to five weeks. The company is also offering a two-pack for $498, or $100 off the retail price for two units. Each unit also includes a free trial of its intelligent Nest Aware system with alerts, history and other additional features.

Last modified on 01 June 2017
Rate this item
(0 votes)
Tagged under
More in this category: « PC market could start growing again in 2019 Microsoft man tests huge plane »
back to top