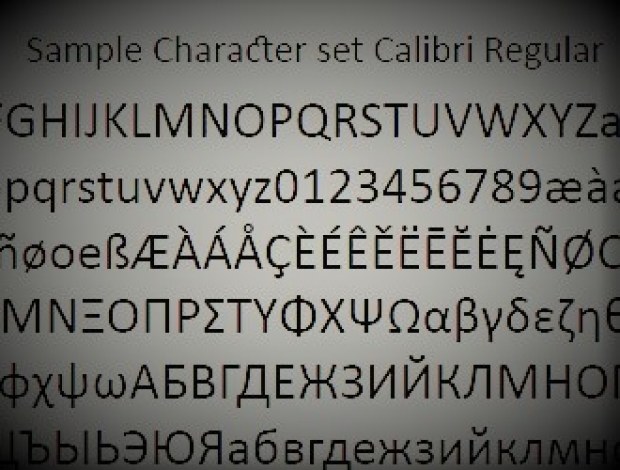 A typeface which was created in 2004 and made a default option on PowerPoint, Excel, Outlook, and WordPad by Microsoft in 2007, is currently sitting at the centre of a corruption investigation involving Pakistan's Prime Minister, Nawaz Sharif.

Sharif is accused of illegally profiting from his position since the 1990s, and is under investigation by the Joint Investigative Team - a collective of Pakistani police, military, and financial regulators - after a treasure trove of evidence surfaced with 2016's release of The Panama Papers.

According to Al Jazeera, investigators recommended a case be filed in the National Accountability Court after concluding there were "significant gap[s]" in Sharif's ability to account for his familial assets.

Sharif contends that neither he, nor his family, profited from his position of power, a denial that came under scrutiny today after his daughter and political heir apparent, Maryam Nawaz, produced documents from 2006 that prove her father's innocence.

However unfortunately for the Nawaz family, type experts today confirmed the documents were written in Calibri. Since that typeface wasn't available until 2007, Nawaz was talking bollocks [is that a legal phrase? ed] . Sharif is probably regretting not using Serif.

Last modified on 12 July 2017
Rate this item
(0 votes)
Tagged under
More in this category: « Kaspersky worked with the FSB in 2008 French courts surrender to Google »
back to top