ISS gets its own supercomputer 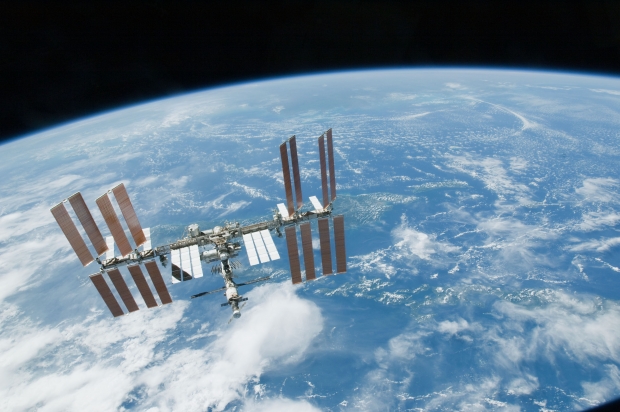 HP’s teraflop is the floppiest sent into space

The International Space Station is about to receive the most powerful computer sent into space.

Presently, the main command computers that operate the space station use Intel i386 processors. It is not so important that they have to be the lastest chips because the station’s critical systems are monitored around the clock by ground-based flight controllers who can work in real time with the crew to fix any problems that arise.

But the next generation of “smart" spacecraft will need better computers because the lag time between earth and the spacecraft is going to get longer. So NASA and Hewlett-Packard Enterprise (HPE) are taking the first step toward that by launching a "supercomputer" to the International Space Station.

Mark Fernandez, HPE's leading payload engineer for the project said: "It will help the space station's mission to facilitate exploration beyond low Earth orbit. If the experiment works, it opens up a universe of possibility for high performance computing in space."

For the year-long experiment, astronauts will install the computer inside a rack in the Destiny module of the space station. It has a computing speed of about 1 teraflop and it has not been hardened for the radiation environment aboard the space station. The goal is to better understand how the space environment will degrade the performance of an off-the-shelf computer.

During the next year, the spaceborne computer will continuously run through a set of computing benchmarks to determine its performance over time. Meanwhile, on the ground, an identical copy of the computer will run in a lab as a control.

If the test is successful, it will open the door to the use of even more powerful computers aboard the space station and other spacecraft NASA is developing to send humans farther into space. Fernandez said HPE also envisions that scientists could eventually use an on-board supercomputer for data processing of their experiments on the station, rather than clogging the limited bandwidth between space and ground with raw data.

Unfortunately,  Ars Technica did not provide us with the details of the chips. It is unclear if the latest Nvidia, Intel or AMD chip is being used.

Last modified on 14 August 2017
Rate this item
(0 votes)
Tagged under
More in this category: « Quadro P6000 can render uncompressed 8K US top cyber-experts flee »
back to top