Aussies come up with new form of quantum computer 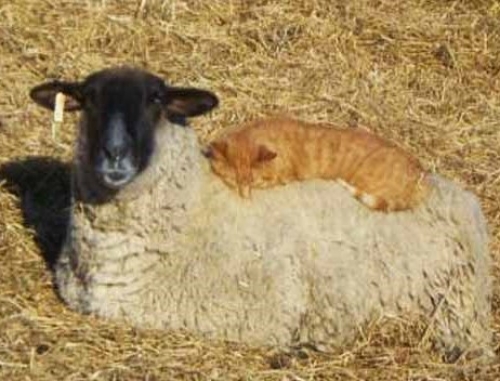 Who needs dead cats when you have a lot of sheep?

Aussie boffins, squatting in the outback, have come up with a new form of quantum computer which does not involve cats and will be dramatically easier and cheaper to produce.

While the world has been waiting for Quantum computers promise to harness the ability of subatomic particles to exist in more than one state at a time to solve problems that are too complex or timeconsuming for existing computers, they have been a lot time coming.

Now a team from the University of New South Wales say they have invented a new chip design based on a new type of quantum bit, the basic unit of information in a quantum computer, known as a qubit. The new design would allow for a silicon quantum processor to overcome two limitations of existing designs: the need for atoms to be placed precisely, and allowing them to be placed further apart and still be coupled.

Project leader Andrea Mello said this so-called “flip-flop qubit” means the chips can be produced using the same device technology as existing computer chips.
“This makes the building of a quantum computer much more feasible, since it is based on the same manufacturing technology as today’s computer industry”, Mello said.

That would allow chips for quantum computers to be mass manufactured, a goal that has so far eluded other researchers.

IBM’s quantum computer in the United States has 16 qubits, meaning it can only perform basic calculations. Google’s computer has nine qubits.

In theory, even a small 30-qubit universal quantum computer could run at the equivalent of a classic computer operating at 10 teraflops.

The researchers’ paper will be published in Nature Communications.  The university has set up a company, Silicon Quantum Computing Pty Ltd, with investments from Telstra, Australia’s Commonwealth Bank and the Australian and New South Wales governments.

The A$83 million company plans to build a 10-qubit prototype silicon quantum integrated circuit by 2022 and a quantum sheep dip and tupping pen by 2040.