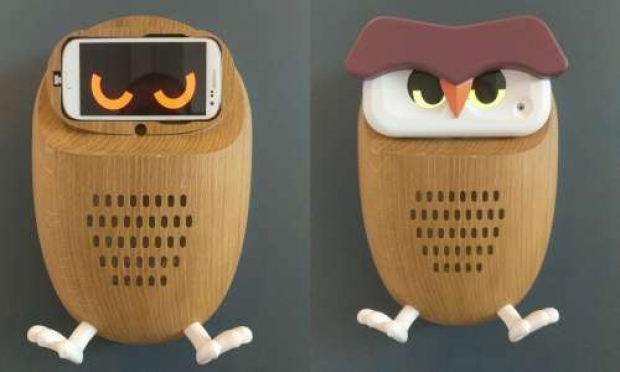 To show off how recycling old smartphones can be a lucrative exercise, Samsung has rigged up 40 old Galaxy S5 devices and turned them into bitcoin mining machine.

The whole idea was part of Samsung’s new "Upcycling" initiative that is designed to turn old smartphones and turn them into something brand new.

Samsung premiered this rig, and a bunch of other cool uses for old phones, at its recent developer's conference in San Francisco.

Upcycling involves repurposing old devices instead of breaking them down for parts of reselling them. The people at Samsung's C-Lab -- an engineering team dedicated to creative projects - showed off old Galaxy phones and assorted tablets stripped of Android software and repurposed into a variety of different objects.

Other cool ideas involved turning an old Galaxy tablet into a ubuntu-powered laptop, a Galaxy S3 to watch a fishtank, and turning an old phone with facial recognition software to guard the entrance of a house [pictured].

Samsung declined to answer specific questions about the bitcoin mining rig, but an information sheet at the developer's conference noted that eight galaxy S5 devices can mine at a greater power efficiency than a standard desktop computer.

Last modified on 30 October 2017
Rate this item
(0 votes)
Tagged under
More in this category: « Nintendo aims high after abandoning Wii AMD stock price wobbles after downgrade »
back to top