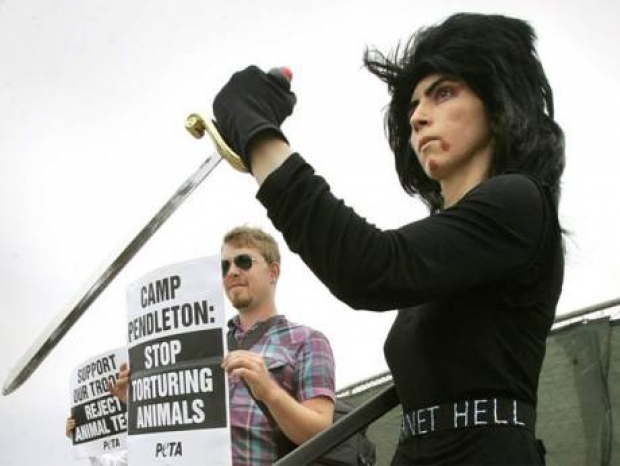 Wounds three and kills herself

A PETA supporter and vegan woman who had a few issues with YouTube went on a shooting spree with a handgun at the company's HQ wounding three before shooting herself.

US media say Nasim Aghdam was angry that YouTube was filtering her videos and reducing the money she could make.

The website NasimeSabz.com, which media said was linked to the attacker, had several posts about Persian culture and veganism, interspersed with screeds against YouTube.  Apparently vegans are ok about killing humans. However coppers have ruled out a connection to terrorism.

It was the latest in a string of mass shootings in the United States in recent years. Most recently, the massacre of 17 people at a Florida high school has led to calls for tighter curbs on gun ownership.

Police did not identify the suspect or say what might have motivated Tuesday’s shooting at YouTube, a video-sharing service owned by Alphabet Google which employs nearly 2,000 people at the San Bruno, California offices.

The woman approached an outdoor patio and dining courtyard on the campus around lunchtime and began to fire before entering the building, police said.

“It’s with great sadness that I tell you - based on the latest information - four people were injured in this horrific act of violence”, Google Chief Executive Sundar Pichai said in letter to employees posted on Twitter.

In response, Twitter Chief Executive Jack Dorsey tweeted: “We can’t keep being reactive to this, thinking and praying it won’t happen again at our schools, jobs, or our community spots. It’s beyond time to evolve our policies.”

Last modified on 04 April 2018
Rate this item
(0 votes)
Tagged under
More in this category: « Apple to build its own micro LED panels Facebook deletes Russian troll factory accounts »
back to top