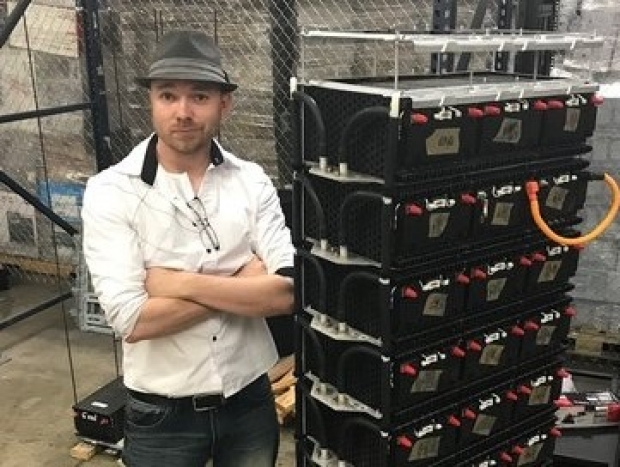 Saving the planet costs corporate America, so you are going to jail

Microsoft has come out as the bad guy after an e-recycler who was helping to save the planet by recycling electronic waste has been jailed for 15 months mainly for helping people assess licences they had already paid for.

Vole was incandescent with rage when a California man used restore disks to extend the lives of computers.  It claimed that he had infringed Microsoft’s products to the tune of $700,000 and found a court which agreed with it..

The appeals court upheld a federal district judge’s ruling that the disks made by Eric Lundgren to restore Microsoft operating systems had a value of $25 apiece, even though they could be downloaded free and could be used only on computers with a valid Microsoft licence. The US Court of Appeals for the 11th Circuit initially granted Lundgren an emergency stay of his prison sentence, shortly before he was to surrender, but then affirmed his original 15 month sentence and $50,000 fine without hearing oral argument in a ruling issued April 11.

Lundgren, 33, has become a renowned innovator in the field of “e-waste,” using discarded parts to construct things such as an electric car, which far outdistanced a Tesla in a test on one charge. He built the first “electronic hybrid recycling” facility in the United States, which turns discarded mobile and other electronics into functional devices, slowing the stream of harmful chemicals and metals into landfills and the environment. His California-based company processes more than 41 million pounds of e-waste each year and counts IBM, Motorola and Sprint among its clients.

Senior US District Judge Daniel T.K. Hurley admitted that the sentence was difficult as Lundgren was a "very remarkable person”.

Lundgren lived in China where he became concerned about the stream of e-waste and tried to find ways to send cheap parts to America to keep electronics running. One of his projects was to manufacture thousands of “restore disks” usually supplied by computer makers as a way for users to restore Windows to a hard drive if it crashes or must be wiped. The disks can be used only on a computer that already has a licence for the Windows operating system and the licence transfers with the computer for its full lifespan. But computer owners often lose or throw out the disks, and though the operating system can be downloaded free on a licensed computer, Lundgren realised that many people didn’t feel competent to do that, and were simply throwing out their computers and buying new ones.

According to the Washington Post, Lundgren had 28,000 of the disks made and shipped to a broker in Florida. Their plan was to sell the disks to computer refurbishing shops for about 25 cents apiece, so the refurbishers could provide the disks to used computer buyers and wouldn’t have to take the time to create the disks themselves. In turn, the new users might be able to use the disks to keep their computers going the next time a problem occurred.

But in 2012, U. customs officers seized a shipment and began investigating. The disks were never sold. Eventually, the Florida broker, Robert Wolff, called Lundgren and offered to buy the disks himself as part of a government sting, Lundgren said. Wolff sent Lundgren $3,400, and the conspiracy was cemented. Both were indicted for conspiracy to traffic in counterfeit goods and criminal copyright infringement. Wolff made a plea deal and received a six month home arrest sentence.

Lundgren pleaded guilty but argued that the value of his disks was zero, so there was no harm to anyone. Neither Microsoft nor any computer manufacturers sell restore disks. They supply them free with new computers and make the software available for free downloading for those who have paid for the software and received a license — typically a sticker with a “Certificate of Authenticity” number on it. Lundgren said that he was trying to make the disks available for those who needed them and that they could be used only on licensed computers.

Federal prosecutors valued the disks at $299 each, the cost of a brand-new Windows operating system and Lundgren’s indictment claimed he had cost Microsoft $8.3 million in lost sales. By the time of sentencing, a Microsoft letter to Hurley and a Microsoft expert witness had reduced the value of the disks to $25 apiece, stating that was what Microsoft charged refurbishers for such disks.

Microsoft was effectively pricing a disk that came with a Microsoft license and pushing the idea that the sales were of counterfeit operating systems.  Microsoft lawyer Bonnie MacNaughton wrote to the judge, “displaced Microsoft’s potential sales of genuine operating systems.” But Lundgren’s disks had no licenses and were intended for computers that already had them.

Randall Newman, Lundgren’s lawyer on the appeal, said there was no basis to seek a rehearing from the full 11th Circuit. Lundgren said an appeal to the Supreme Court would be a costly long shot.

Lundgren said that the case had set a precedent for Microsoft and other software-makers to pursue criminal cases against those seeking to extend the lifespan of computers.

“I got in the way of their agenda,” Lundgren said, “this profit model that’s way more profitable than I could ever be.”

“I am going to prison, and I’ve accepted. What I’m not okay with is people not understanding why I’m going to prison. Hopefully my story can shine some light on the e-waste epidemic we have in the United States, how wasteful we are. At what point do people stand up and say something? I didn’t say something, I just did it.”

Last modified on 25 April 2018
Rate this item
(0 votes)
More in this category: « Windows RS 4 might be the April update Drupal hit by another wave of bugs »
back to top