Samsung gets the nod to bend 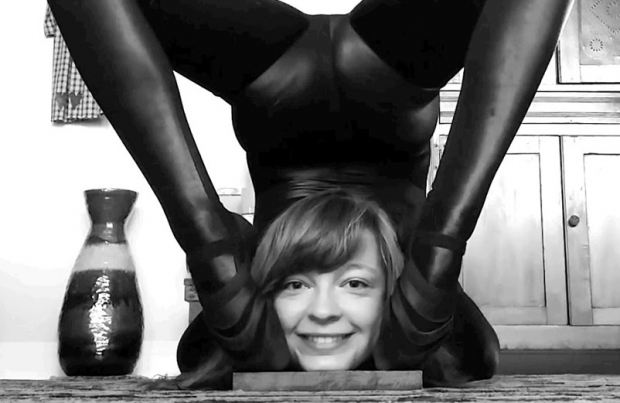 Samsung one step closer to unbreakable screens that bend in half

Samsung Display has announced that its unbreakable, bendable screen has passed safety testing in the United States, a step that will help the South Korean firm market the product.

The Tame Apple Press is desperate to claim, against all logic, that Apple is behind the idea and will be its first customer, although it is more likely the tech is going to end up in a Samsung product.  It is too original and risky for Apple to want to take a stab at.

LG Display has long been developing flexible screens as it competes to make more innovative devices.

Samsung Display’s new screen is protected by plastic rather than glass, increasing flexibility and making it practically unbreakable, the firm said on its website.

Importantly, the screen has improved transparency, almost akin to glass, allowing it to be installed on devices used close-up, such as smartphones, a Samsung Display official said.

The screen has been certified by Underwriters Laboratories Inc, a testing firm for the US Occupational Safety and Health Administration, after tests which involved being dropped 26 times from a height of 1.2 meters, Samsung Display said.

After testing, the screen continued to function normally, with no damage to its front, sides or edges, the firm said.

US certification bestows such credibility that marketing can begin worldwide, not just in the United States, the Samsung Display official said.

Samsung Electronics has been widely expected to introduce a device with foldable screen since its mobile chief in September said such a device was being developed and needed to overcome technological hurdles before possible release in 2018.

Such a device is likely to help ease concerns that Samsung Electronics, the world’s largest smartphone manufacturer, is running out of ideas to support sales of its premium Galaxy handsets as its smartphone sales growth slows.

Shares in Samsung Electronics closed unchanged on Friday, versus a 0.3 percent rise in the broader market.

Last modified on 27 July 2018
Rate this item
(0 votes)
Tagged under
More in this category: « Boffins come up with hydrogen store Amazon finally profitable »
back to top