Google asked Andy Rubin to quit for being a sex pest 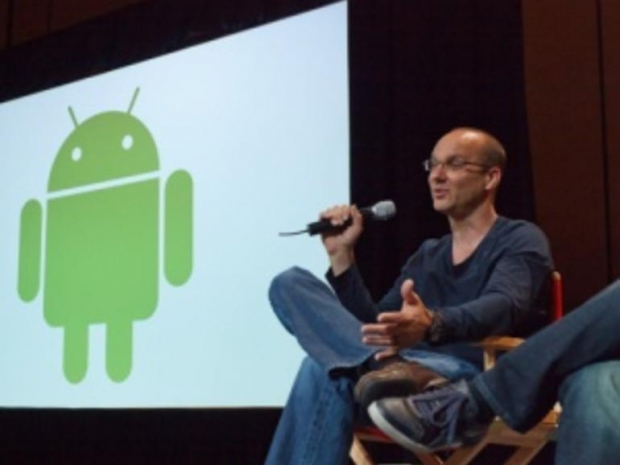 The creator of Android, Andy Rubin, was asked to leave Google for being a sex pest, but the search engine did its best to pretend everything was great.

According to the New York Times, Google gave Andy Rubin, the creator of the Android mobile software, a hero’s farewell when he left the company in October 2014.

But what Google did not say is that an employee had accused Rubin of sexual misconduct. The woman, with whom Rubin had had an extramarital relationship, said he coerced her into performing oral sex in a hotel room in 2013.

Google investigated and concluded her claim was credible, said the people and Page asked Rubin to resign.

Google had enough to fire Rubin and pay him nothing on the way out. Instead, the company handed him a $90 million exit package, paid in instalments of about $2 million a month for four years, said two people with knowledge of the terms. The last payment is scheduled for next month.

The NYT said there were three other executives that Google protected over the past decade after they were accused of sexual misconduct. In the other two instances, it ousted senior executives but softened the blow by paying them millions of dollars. In a third, the executive remained in a highly compensated post at the company. Each time Google stayed silent about the accusations against the men.

Sam Singer, a spokesman for Mr Rubin, disputed that the technologist had been told of any misconduct at Google and said he left the company of his own accord.

“The New York Times story contains numerous inaccuracies about my employment at Google and wild exaggerations about my compensation”, Rubin said in a statement after the publication of the article.

"Specifically, I never coerced a woman to have sex in a hotel room. These false allegations are part of a smear campaign by my ex-wife to disparage me during a divorce and custody battle.”

However, the NYT sources said that Rubin received more latitude than most Google executives. He often berated subordinates as stupid or incompetent, they said. Google did little to curb that behaviour and it took action only when security staff found bondage sex videos on Rubin’s work computer. That year, the company docked his bonus, they said. Rubin denied all this.

In a civil suit filed this month by Rubin’s ex-wife, Rie Rubin, she claimed he had multiple “ownership relationships” with other women during their marriage, paying hundreds of thousands of dollars to them. The couple were divorced in August.

The suit included a screenshot of an August 2015 email Rubin sent to one woman. “You will be happy being taken care of”, he wrote. “Being owned is kinda like you are my property, and I can loan you to other people.”

Rubin started seeing another woman in 2012. By 2013, she had cooled on him and wanted to break things off but was worried it would affect her career. That March, she agreed to meet him at a hotel, where she said he pressured her into oral sex, they said. The incident ended the relationship.

The woman waited until 2014 before filing a complaint to Google’s human resources department and telling officials about the relationship, the people said. Google began an investigation.

A few weeks into the inquiry, Google’s board awarded Rubin a stock grant worth $150 million, to be paid out over several years, said three people briefed on the decision. It was unusually generous, even by Google’s standards.

The inquiry found the allegation credible, and while Rubin had denied it, he had at the very least been inappropriate. Page decided Rubin should go.

The $150 million stock grant gave Rubin an enormous bargaining chip when he started negotiating his exit package about a month later. That is because an executive’s stock compensation — and how much of it they would leave behind — is often taken into consideration during settlement talks.

The whole case highlights the difference between the senior executives and the riff-raff. The NYT points out that when Google fires lower-level employees, it typically marches them out at once and pays little severance.

Afterwards, Google invested in Playground Global, a venture firm Rubin started six months after leaving the company. Playground has raised $800 million. He founded Essential, a maker of Android smartphones - only that has not been going so well.