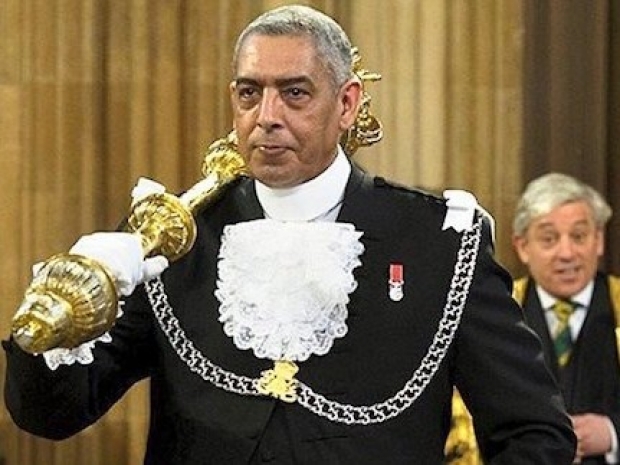 Difficult to argue with a bloke with a mace

The UK Parliament dusted off some of its ancient powers to seize internal Facebook documents and make chief executive Mark Zuckerberg look jolly stupid for refusing to answer MPs’ questions.

The cache of documents is alleged to contain significant revelations about Facebook decisions on data and privacy controls that led to the Cambridge Analytica scandal. It is claimed they include confidential emails between senior executives and correspondence with Zuckerberg.

Damian Collins, the chair of the culture, media and sport select committee, invoked a rare parliamentary mechanism to compel the founder of a US software company, Six4Three, to hand over the documents during a business trip to London.

Parliament sent a Serjeant at Arms to his hotel with a final warning and a two-hour deadline to follow its order. When the software firm founder said no, he was surprised to find himself escorted to parliament. He was told he risked fines and even imprisonment if he didn’t hand over the documents.

Collins, who chairs an inquiry into fake news said: “This is an unprecedented move, but it’s an unprecedented situation. We’ve failed to get answers from Facebook, and we believe the documents contain information of very high public interest.”

MPs leading the inquiry into fake news have repeatedly tried to summon Zuckerberg to explain the company’s actions. He has repeatedly refused.

Collins said that MPs now had some serious questions for Facebook.

“It misled us about Russian involvement on the platform. And it has not answered our questions about who knew what, when with regards to the Cambridge Analytica scandal”, he said.

The documents seized were obtained during a legal discovery process by Six4Three. It acted against the social media giant after investing $250,000 in an app. Six4Three alleges the cache shows Facebook was not only aware of the implications of its privacy policy, but actively exploited them, intentionally creating and effectively flagging up the loophole that Cambridge Analytica used to collect data. That raised the interest of Collins and his committee.

A Facebook spokesperson said that Six4Three’s “claims have no merit, and we will continue to defend ourselves vigorously”.

The files are subject to an order of a Californian superior court, so cannot be shared or made public, at risk of being found in contempt of court. Because the MPs’ summons was issued in London where parliament has authority, it is understood the company founder, although a US citizen, had no choice but to comply.

Facebook is trying to do its best to stop the DCMS committee from looking at the files and has asked to return them to counsel or to Facebook. While that might work in the US where Facebook makes generous donations to politicians so they will do what they are told it is less likely to succeed in a democratic country.

Last modified on 26 November 2018
Rate this item
(0 votes)
Tagged under
More in this category: « Logitech to buy Plantronics Microsoft more valuable than Apple »
back to top