Apple boss calls for an end of the shadow economy 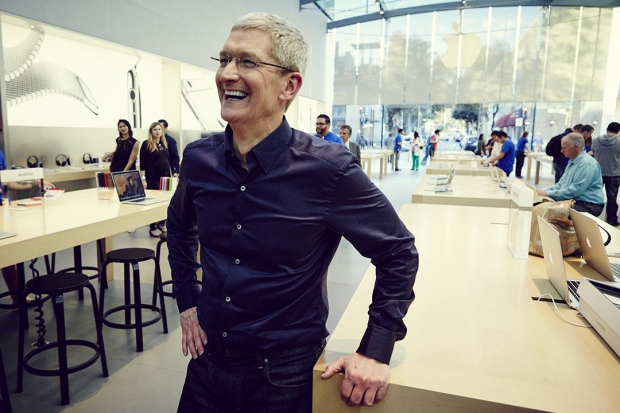 Not the tax dodging one the other one

For those who came in, late data brokers are intermediaries who trade in the personal information of unsuspecting consumers.

Cook is pushing the company’s pro-privacy image of late. In an op-ed for Time Magazine published on Thursday, he said: ”One of the biggest challenges in protecting privacy is that many of the violations are invisible.”

For example, you might have bought a product from an online retailer, but the retailer doesn't tell you that it sold or transferred information about your purchase to a "data broker".

Brokers exist to collect your information, package it and sell it to yet another buyer.

“The trail disappears before you even know there is a trail. Right now, all these secondary markets for your information exist in a shadow economy that's largely unchecked -- out of sight of consumers, regulators and lawmakers”, Cook wrote.

He said that meaningful, comprehensive federal privacy legislation should not only aim to put consumers in control of their data, it should also shine a light on actors trafficking in your data behind the scenes.

“Some state laws are looking to accomplish just that, but right now there is no federal standard protecting Americans from these practices”, he said.

Cook’s solution is to use the Federal Trade Commission should establish a data-broker clearinghouse, requiring all data brokers to register, enabling consumers to track the transactions that have bundled and sold their data from place to place, and giving users the power to delete their data on demand, freely, easily and online.

Ironically, Cook’s call has been supported by one of the big data-brokers. Acxiom said it supports a unified set of laws governing data sharing practices while at the same time denying it is part of a so-called "shadow economy".

Acxiom said it agrees with Cook's call for U.S. lawmakers to adopt legislation designed to "protect and empower the consumer".

"Acxiom, like Cook, also supports a national privacy law for the US, such as GDPR provides for the European Union", the company said. "Acxiom is actively participating in discussions with US lawmakers as well as industry trade groups to help ensure US consumers receive the kind of transparency, access and control Acxiom has been providing voluntarily for years."

The company went on to float the idea of collaborating with industry leaders like Apple to propose to the government a set of laws that "maintain the benefits of data in our economy while giving the necessary protections and rights to all people".

Last modified on 18 January 2019
Rate this item
(0 votes)
Tagged under
More in this category: « Trump’s fixer fiddled on-line polls US business more worried about cyber attacks than economy »
back to top