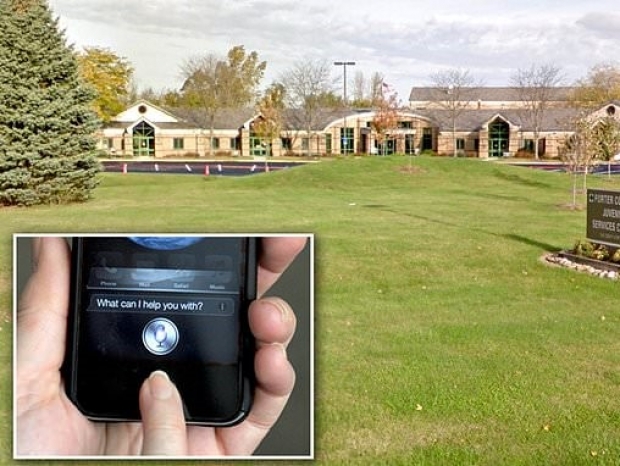 And the US locked up the kid for talking about it

A 13-year-old boy visiting family in Indiana has been charged with "intimidation” after asking Siri how to shoot up a school.

A news release from the Valparaiso Police Department said the boy told Siri "I am going to shoot up a school" and Siri helpfully provided him with a list of multiple Valparaiso schools near his location.

The boy thought this was rather amusing and posted a screenshot of the inquiry and response on social media. The posts were reported to Chesterton police by the boy's social media contacts.

Chesterton police then contacted the Valparaiso Police Department, which launched an investigation into the possible threat.

Valparaiso officers decided the boy made no direct threat to a specific person, school or school system and that he had no access to weapons -- ultimately stating the picture was posted on social media as a joke.

"The threat is not believed to be credible at this time; however, these types of communications are taken very seriously by the Valparaiso Police Department and our community", police stated in a news release.

However under the US lock everyone up in private prisons policy the kid is being held in a juvenile detention centre facing charges of intimidation and "criminal recklessness with a handgun" over related photographs of weapons.

"Come on kids. It isn't funny..." reads one comment on the police department's Facebook page. "How many of you are going to be detained before you realise it?"

Posts connected to the press release show that the public supports the locking up of children for possession of photographs of weapons and making jokes on Facebook.

"Thank you for taking it seriously, and prosecuting it accordingly", added another commenter. "'I was joking' is not a defence. Hopefully, juvie knocks some sense into this kid."

Last modified on 04 February 2019
Rate this item
(0 votes)
Tagged under
More in this category: « Linux offers to ignore Meltdown and Spectre Canadian cryptocurrency loses $137 million »
back to top