Apple will give up on technology 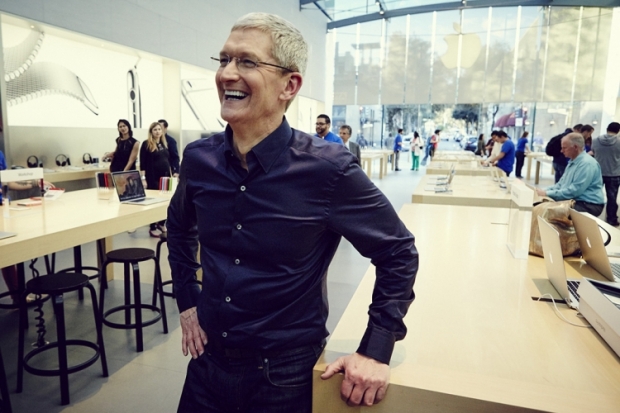 Become an evil banker instead

Technology writer Robert X. Cringely has made an astonishing prediction that the fruity cargo cult Apple is going to pack in making technology.

Cringely, 66, thinks that his 2019 predictions will be his last. "I sense the tech industry is about to enter an unprecedented correction."

He thinks that Apple under Tim Cook is behaving exactly in the same way as General Electric's Jack Welsh. For those who don’t know, Welch took GE into financial services during the early ’80s and transformed the company.

“Look for Apple to start financing lots of things in 2019. Remember your car dealer would rather lend you money than have you pay cash for that ride because financing is its own profit centre. So, iPhone prices will continue to rise, but iPhone payments will probably decline as Apple cuts out middlemen and efficiently sucks-up that aspect of the phone supply chain. This is how Apple will arrest iPhone market share declines -- by assisting sales and making even more money in the process.”

Cringely expects Apple to not just make strategic investments but take part in strategic financing too.

“Apple is probably closest to becoming is a hedge fund -- a big hedge fund in fact. Apple's available financial power is equal to that of the world's two largest hedge funds -- Bridgewater Associates and AQM Capital Management – combined”, he said.

He said it was incorrect for people to claim that Apple is in decline. Apple will continue to compete in its established technology markets as well as new ones. But Apple has also found a $200 billion hobby that will keep it growing for the next decade no matter where the Information Technology market goes.

Cringely agreed with Apple that its services would be more profitable than hardware.

Of course, the advantage of all that is that Apple does not have to write code which it seems to have lost the ability to do. Nor does it have to come up with new products which require technological skill. Where we disagree with Cringely is that if Apple is going to move into the financial markets, it is wasting an awful lot of money trying to develop expertise in areas like chip development.

Besides Apple becoming a finance company, Cringely thinks we are at the beginning of the dramatic cycle of changes. "Everything is changing, and nothing -- nothing -- will ever be the same again. I hope that's a good thing."

Last modified on 04 March 2019
Rate this item
(0 votes)
Tagged under
More in this category: « Russian trolls regret depending on Apple security Facebook threatening Europe and Canada »
back to top