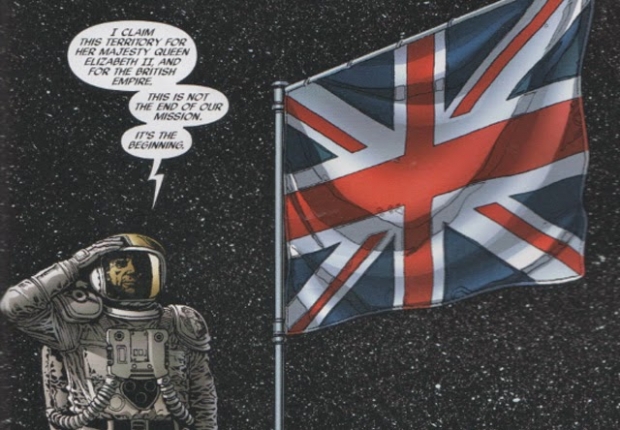 British moves to leave the EU will gut its space business according to one of the country's most successful space entrepreneurs.

He warns EU withdrawal will do immense harm to Britain's space industry. The UK will be "lost in space", he says.

Writing in his blog, Dr Marshall, a NASA employee before founding Planet, said that after Brexit, no CEO would locate a space company in the UK.

"Why put your European base outside the single market of the largest trading block in the world?! Or likely without access to the main government programmes? Company after company will avoid it", he adds.

Dr Marshall scorns for the UK government's actions on Galileo, the EU version of the Global Positioning System (GPS).

Ministers have decided to walk away from the project because Brussels says a future Britain, as a "third country" outside the EU, cannot be involved in the system's most secure elements - this despite the UK having already invested £1.5 billion in Galileo.

London says it will build its own sat-nav system instead, but Dr Marshall calls this a "pie in the sky" plan that has significant economic and security implications.

"The costs would dwarf the entire UK space budget", he writes, and all for a redundant system that is "likely years behind and second tier to that of its close allies!"

Dr Marshall's enterprise is headquartered in California, with a European base in Germany.

Founded along with Robbie Schingler and Chris Boshuizen in 2010 - Planet has led a revolution in Earth observation that's based on the use of low-cost, shoe box sized satellites.

Europe as a whole is racing to catch up, although the UK - it has to be said - has been better placed than most. Companies like Surrey Satellite Technology Ltd pioneered the use of commercial off-the-shelf components to reduce the cost of spacecraft manufacturing, and Clyde Space of Glasgow is now one of the go-to producers of just the type of satellites used by Planet.

He said the fact is that his home country is pulling itself out of a space ecosystem in which it has become embedded and on which so much of its capability depends.

The UK puts about three quarters of its civil space budget through the European Space Agency (ESA) and has become a significant player in the EU's growing space activities - not just in Galileo but in Brussels' other big project: the Copernicus/Sentinel Earth observation system.

ESA is a separate legal entity to the EU and ministers say Britain will stay in it even as the country leaves the wider union.

But ESA and the EU are becoming ever more aligned, with Brussels now the single biggest contributor to the agency's budget - €1.25 billion in out of a total of €5.72 billion per annum. The EU uses ESA as its technical and procurement agent.

Many commentators believe the growing influence of Brussels within ESA is leading to tension, and that this unease will only heighten when a big agency member state like Britain exits the EU.

Dr Marshall shares this concern and warns the UK's voice within ESA will become diminished as a result.

"Furthermore, in conversations with senior officials at the UK government during my recent trip there, it became terrifyingly clear that space is an afterthought to the larger political issues of Brexit: there is no plan to mitigate these impacts", he writes.

Of course many Brexiters will not have a problem with all this.  Most of them thought they were voting to leave the EU was to kick aliens out of the country so the prospect of getting into space to meet more of them does not seem a good idea. Besides many of them think that the whole space thing is faked anyway.

Last modified on 11 March 2019
Rate this item
(0 votes)
Tagged under
More in this category: « Fall of Chrome US orders Germany to dump Huawei »
back to top