Foxconn boss wants to broker peace between China and Taiwan 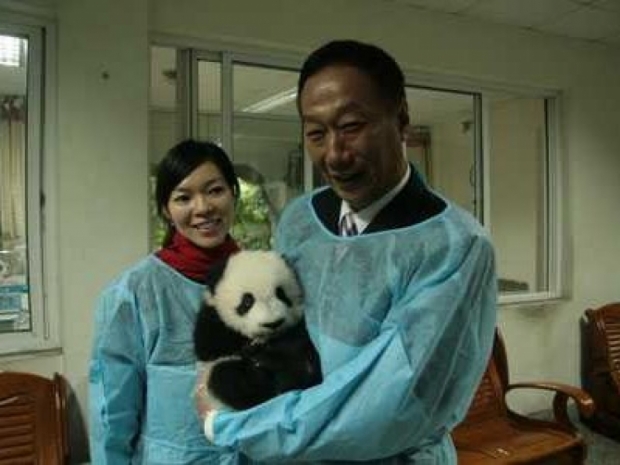 Terry Gou, the Foxconn boss, who once described his job as being a head zookeeper,  thinks he can end the conflict between China and Taiwan.

For those who came in late, Gou is standing for president of Taiwan in 2020 because a Sea Goddess Mazu came to him in a dream and told him to sort out Taiwan in the same way he did with Foxconn. True to the will of the Goddess he appears to want to shift it all to China.

Gou is presenting a more China friendly stance which involves Beijing recognising the existence of Taiwan.

Using Taiwan’s official name, Gou said: “We’d like to ask Beijing to recognize and acknowledge the existence of the Republic of China.”

Gou said he would like to have talks with Beijing on a “mutually equal basis” to boost economic development for both China and Taiwan.

Beijing regards the island as a breakaway province, part of “one China”, and has not renounced the use of force to bring it under its control.

The United States acknowledges that China takes the position that there is one China and that Taiwan is part of it. But it is also Taiwan’s biggest ally and arms supplier and it is duty bound by law to help the island defend itself.

Gou also hit back at critics whom he described as “trying to make me (out as) ‘red’ by saying that I will be held hostage” over Foxconn’s investments in China.

Last modified on 06 May 2019
Rate this item
(0 votes)
Tagged under
More in this category: « Google "browser encryption" might stop UK censorship A Firefox ate my extensions »
back to top