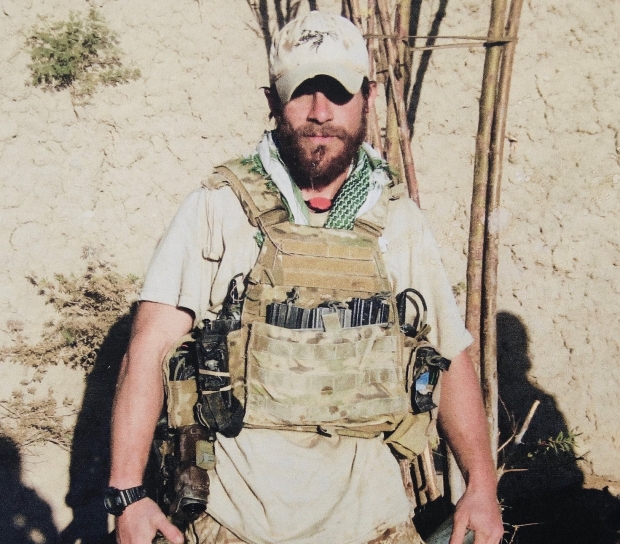 Military prosecutors in the case of a US Navy Seal charged with killing an Islamic State prisoner in Iraq in 2017 installed tracking software in emails sent to defence lawyers and a reporter in an apparent attempt to discover who was leaking information to the media.

Lawyers who said they received the corrupted messages are complaining that the intrusion may have violated constitutional protections against illegal searches, guarantees to the right to a lawyer and freedom of the press.

Attorney Timothy Parlatore told the Guardian: "I've seen some crazy stuff, but for a case like this it's complete insanity... I was stunned, especially given the fact that it's so clear the government has been the one doing the leaking."

The case relates to Edward Gallagher (pictured), the special operations chief who has pleaded not guilty to a murder count in the death of an injured teenage militant he allegedly stabbed to death in Iraq in 2017.

Gallagher's case has prompted intense media interest and become a cause celebre on the right. Donald Trump has demanded the case proceed quickly and is believed to be preparing pardons in case a guilty plea is reached.

Attorneys for Portier filed a motion on Monday asking a military judge to force prosecutors to turn over information about what they were seeking and the extent of the intrusion.

“The fact that prosecutors have embedded their emails with devices designed to monitor defense communications at least implicates the fourth and sixth amendment rights of Lt Portier, and also impacts air force defense operations in the entire western circuit”, wrote Nicholas McCue, one of Portier’s defence lawyers.

The tracking software was discovered almost immediately by defense lawyers who noticed an unusual logo of an American flag with a bald eagle perched on the scales of justice beneath the signature of Czaplak. It was not an official government logo.

Last modified on 20 May 2019
Rate this item
(0 votes)
Tagged under
More in this category: « Assange to face rape charges Brace yourself 8K telly is coming »
back to top