Torvalds warns hardware management is about to get tricky 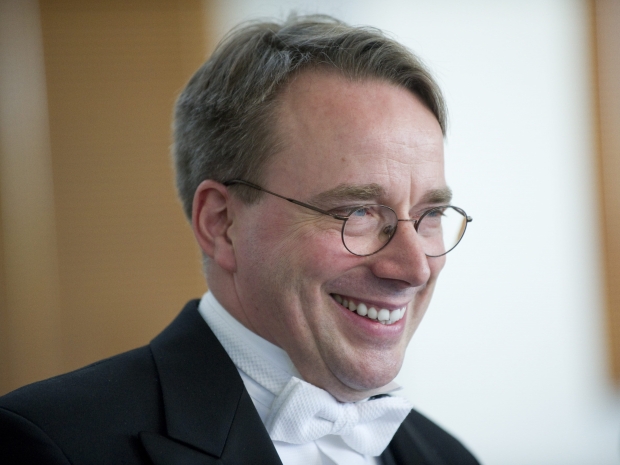 IT's Mr Sweary and Linux founder Linus Torvalds has warned that managing software is about to become a lot more challenging.

Addressing the assembled throngs at KubeCon + CloudNative + Open Source Summit China conference, Torvalds said the problem was because of two hardware issues that were beyond the control of DevOps teams.

Torvalds said there were shedloads of patches being generated for new cybersecurity issues related to the speculative execution model that Intel and other processor vendors rely on to accelerate performance.

Each of those bugs requires another patch to the Linux kernel that, depending on when they arrive, can require painful updates to the kernel, Torvalds told conference attendees. Short of disabling hyperthreading altogether to eliminate reliance on speculative execution, each patch requires organizations to update both the Linux kernel and the BIOS to ensure security. Turning off hyperthreading eliminates the patch management issue, but also reduces application performance by about 15 percent.

The other problem was Moore's Law which has guaranteed a doubling of hardware performance every 18 months for decades. But as processor vendors approach the limits of Moore's Law, many developers will need to reoptimise their code to continue achieving increased performance. In many cases, that requirement will be a shock to many development teams that have counted on those performance improvements to make up for inefficient coding processes, he said.