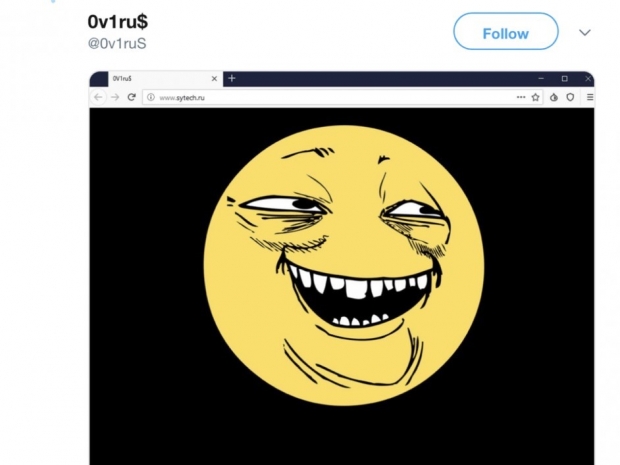 Russia's Federal Security Service, which is no stranger to stealing data itself, has found itself subject to a huge hack.

The attackers managed to steal 7.5 terabyts from a major FSB contractor and exposed several key projects the agency was working on to de-anonymize Tor browsing, scrape data from social media, and cut off Russia’s internet from the rest of the world.

The attack on FSB took place on July 13 when a hacking group that goes by the name 0v1ru$ breached SyTech, a major FSB contractor that works on several internet projects.

The hackers defaced SyTech’s homepage and left a smiling Yoba Face and other pictures to indicate the breach.

BBC Russia listed the major projects the FSB agency was working on:

SyTech’s website has been shut down ever since the breach but then again so has 0v1ru$. The  hacking group’s Twitter account has also been shut down, for reasons unknown.

Last modified on 23 July 2019
Rate this item
(0 votes)
Tagged under
More in this category: « Republicans tell Trump to stop listening to the Oracles Microsoft pays $25 million to make a bribery charge go away »
back to top