French solar road was a failure 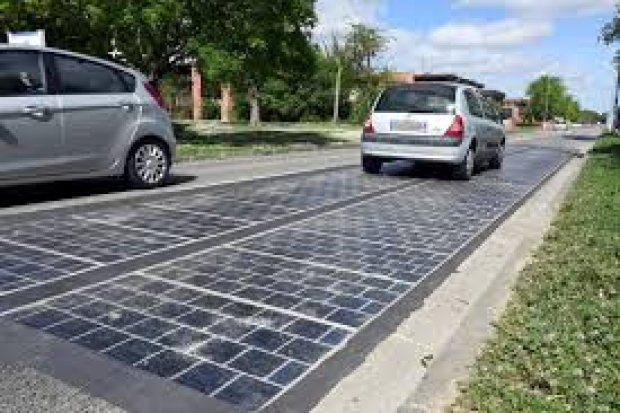 A bit like the French – "too noisy and falling apart”

A one kilometre “solar road" project paved with photovoltaic panels in France is "too noisy, falling apart, and doesn't even collect enough solar energy".

Le Monde describes the road as "pale with its ragged joints", with "solar panels that peel off the road and the many splinters [from] that enamel resin protecting photovoltaic cells".

It's a poor sign for a project the French government invested €5 million, or $5,546,750. The noise and poor upkeep aren't the only problems facing the Wattway. Through shoddy engineering, the Wattway isn't even generating the electricity it promised to deliver...

Normandy is not historically known as a sunny area. At the time, the region's capital city of Caen only got 44 days of strong sunshine a year, and not much has changed since.

Storms have wreaked havoc with the systems, blowing circuits. But even if the weather was OK it appears the panels weren't built to capture them efficiently... Solar panels are most efficient when pointed toward the sun. Because the project needed to be a road as well as a solar generator, however, all of its solar panels are flat. So even within the limited sun of the region, the Wattway was further limiting itself.

The problem-plagued road is producing just half the solar energy expected -- although that's more energy than you'd get from an asphalt road.

Marc Jedliczka, vice president of the Network for Energetic Transition (CLER), which promotes renewable energy said: "If they really want this to work, they should first stop cars driving on it."

He later told Le Monde that the sorry state of the project "confirms the total absurdity of going all-out for innovation to the detriment of solutions that already exist and are more profitable, such as solar panels on roofs".

In the Netherlands, a solar bike lane has fared much better, exceeding the expected energy production. A solar panel road is also being tested near Amsterdam's Schiphol airport.

Last modified on 19 August 2019
Rate this item
(0 votes)
Tagged under
More in this category: « US to extend Huawei’s reprieve Uranium ditelluride could create better “cat friendly” quantum chips »
back to top