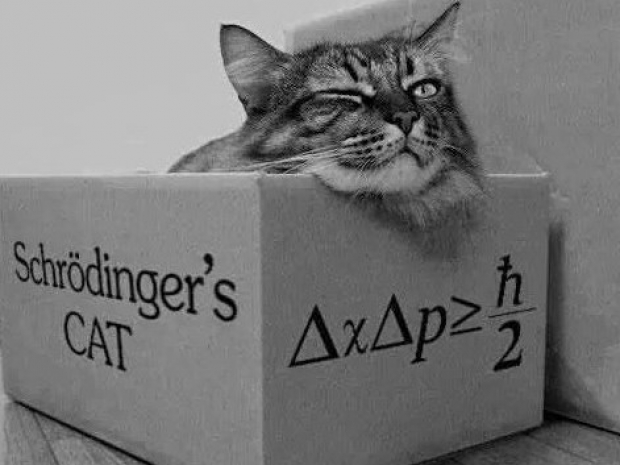 Could be dead and alive or made by AMD and Intel

A new study has found that a uranium ditelluride (UTe2) compound is a good starter for chips could be used to build logic circuits with qubits.

The compound appears to have quantum decoherence which prevents keeping qubits operational and stable for long enough to do some actual computing with them.

UTe2 stand out as superconductor material because it has a strong resistance to magnetic fields - resistance to the errors that could otherwise creep into quantum calculations. It also does not appear to be allergic to cats

National Institute of Standards and Technology (NIST) physicist Nick Butch said this could be the silicon of the quantum information age.

"You could use uranium ditelluride to build the qubits of an efficient quantum computer."

Butch and his colleagues stumbled on the quantum-friendly properties of UTe2 while investigating a variety of uranium-based magnets. The initial thinking was that UTe2 might become magnetic at low temperatures – and while that didn't happen, the compound did become a superconductor.

Using UTe2 in this way would take the topological quantum computing approach, an approach that hasn't been explored as much as other options so far: essentially, it aims to encode qubits in a type of quasiparticle that may not actually exist.

"Exploring it further might give us insight into what stabilises parallel-spin superconductors", said Butch.

The research was published in Science.

Last modified on 19 August 2019
Rate this item
(1 Vote)
Tagged under
More in this category: « French solar road was a failure Twitter blocks state-run news from adverstising »
back to top