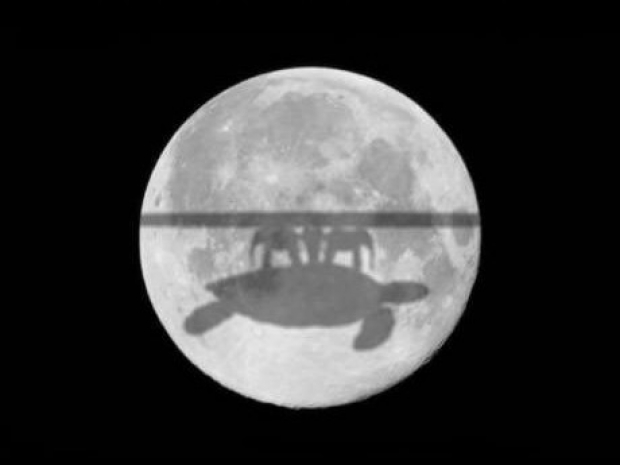 Stupid people the power to eclipse the truth

A photographer trying to raise money for a self-published book of historical space artefacts had his Facebook ads repeatedly removed by Facebook because flat-Earthers and Moon hoax conspiracy butts were offended.

About 24 hours after the ads were approved, he got a notification telling him the ad had been removed. He resubmitted it. It was accepted -- and then removed again -- 15 or 20 times, he said. The explanation is given: He had run "misleading ads that resulted in high negative feedback."

He understood that it was Facebook's algorithm that rejected the ads, not a person. Getting additional answers proved difficult, a common complaint with advertising on Facebook. The best clues he could find came in the comments under the ads, which he and his colleagues captured in screenshots before they were removed and in responses to other posts about the project:

There were phrases such as "The original moon landing was faking" and "It's all a show", along with memes mocking space technology. Some comments were hard to gauge, with users insisting that the earth was flat but that they'd buy the book anyway.

Redgrove didn't entirely blame the commenters. If these were their beliefs, then, of course, they were going to be annoyed by the ads. But how these individuals had ended up with the power to derail his campaign perplexed him.

Facebook did not have systems in place to protect people from the terminally stupid. Facebook said it had investigated the issue and confirmed that, as  Redgrove had said, all the ads were approved initially.

It did not say why they had been pulled, but we guess it does not want to offend stupid people.