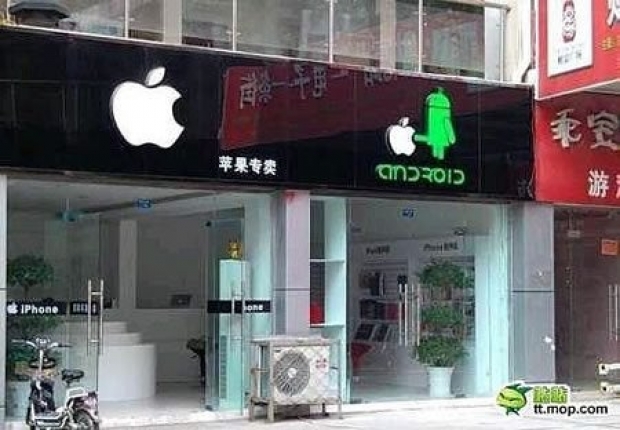 Hopes that the fruity cargo cult Apple might abandon China and set up shop in the US appear to have been dashed as the outfit appears to be negotiating a deal with Chinese BOE for screens for its smartphones.

Apparently Jobs' Mob fears being too dependant on Samsung more than it fears Donald [Prince of Orange] Trump's trade war and is in the final stages of certifying advanced screens from Chinese display maker BOE.

Apple will decide by the end of this year whether to take BOE on as a supplier of organic light-emitting displays (OLED).

The iPhone maker is "aggressively testing" BOE's flexible OLED, raising the possibility that Apple could for the first time source this advanced display technology from China, according to the report.

BOE's entry into one of the world's most demanding smartphone supply chains would mark a leap forward for the Chinese display panel industry, which has been the recipient of billions of dollars of state and public support over the past decade. The sector has been nurtured by Beijing with grants and subsidies in a bid to move its industry up the consumer electronics value chain.

Last modified on 22 August 2019
Rate this item
(1 Vote)
Tagged under
More in this category: « Flat earthers and Moon hoaxers are censoring Facebook Newspaper claims iPhones are radioactive »
back to top