Stallman defends himself over Epstein comments 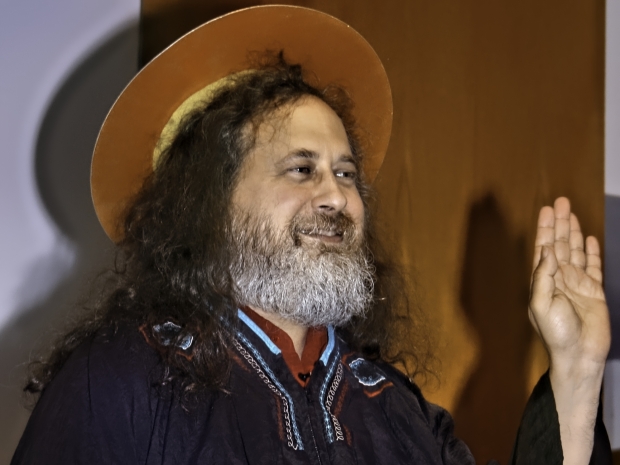 Not really what I said

Open saucy messiah Richard Stallman has found himself in a bit of a mess after he was quoted as defending Marvin Minsky's association with dead sex-pest Jeffrey Epstein.

On MIT's internal Computer Science and Artificial Intelligence Laboratory (CSAIL) listserv, Stallman had seen the description of a protest of Marvin Minsky which said Minsky was "accused of assaulting" one of Epstein's victims. Stallman argued that "the most plausible scenario" is that "she presented herself to him as entirely willing" -- even if Epstein coerced her into doing so -- whereas the phrase "assaulting" implies the use of force or violence, faciliating what he calls "accusation inflation... Whatever conduct you want to criticise, you should describe it with a specific term that avoids moral vagueness about the nature of the criticism."

AngryMIT alumni forwarded the email then "started emailing reporters -- local and national, news sites, newspapers, radio stations."  One published it herself in a Medium essay titled "Remove Richard Stallman. And everyone else horrible in tech." And then leaked the whole thread to Vice.

Richard Stallman posted a new update today on his personal site. "I want to respond to the misleading media coverage of messages I posted about Marvin Minsky's association with Jeffrey Epstein."

The coverage totally mischaracterised my statements. Headlines say that I defended Epstein. Nothing could be further from the truth. I've called him a "serial rapist", and said he deserved to be imprisoned. But many people now believe I defended him -- and other inaccurate claims -- and feel a real hurt because of what they believe I said.

I'm sorry for that hurt. I wish I could have prevented the misunderstanding.

Last modified on 16 September 2019
Rate this item
(5 votes)
Tagged under
More in this category: « Debt collectors hounding your Facebook friends Apple falls out with Disney »
back to top